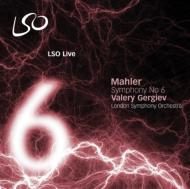 
Does Mahler’s Sixth Symphony foretell the tragedy of his later life, or does it have a more cerebral purpose? Whatever the composer’s motives for writing it, tragic it certainly is: driven, bitter and sweet by turns, and ending in devastation – utterly compelling.

Valery Gergiev is undoubtedly one of the most individual and charismatic conductors before the public today. His performances of Russian music, and that of Shostakovitch in particular, though sometimes controversial, have never been bland or lacked insight, while at their best they have been overwhelmingly powerful and often revelatory. It was inevitable that as the newly appointed principal conductor of the London Symphony Orchestra he would turn to the iconoclastic symphonies of Gustav Mahler, a composer whose influence on the music of Shostakovich is immense. In this performance of the Sixth Symphony Gergiev has adopted a characteristically distinctive and trenchant approach to Mahler’s most personal symphony that will inevitably court controversy.

This SACD is the first release in a projected complete Mahler cycle to be conducted by Gergiev and issued on LSO Live over the next few years. It was taped live at the Barbican in November 2007 and is free from audience noise, groaning from the podium (pace Sir Colin) and any applause.

Gergiev begins the first movement of the symphony at a very fast pace indeed so that the opening tramp of the lower strings sounds unusually clipped; yet there is no lack of weight to the sound. It should be mentioned at this point that the orchestra is seated with double basses on the left and violins to the left and right of the conductor and that the exposition repeat is observed. He does, however, relax the tempo for the appearance of the ‘Alma theme’ and it is only with the return of the opening march that we are off again on a white-knuckle ride. The central section of the movement, that Mahler describes as ‘the last terrestrial sounds penetrating into the remote solitude of mountain peaks’, is beautifully managed, the distant cow bells, emanating from the rear speakers in the surround layer, bringing a welcome openness to the somewhat claustrophobic Barbican acoustic. Gergiev then drives the movement to its conclusion with an exhilarating dynamism that is most convincing.

The placing of the ‘Andante moderato’ next seems absolutely right in the context of Gergiev’s performance as it provides a much-needed contrast with what has just been heard. The lovely opening theme, played with unexpected tenderness by the strings, is beautifully restrained and throughout this movement there is much sensitive woodwind and horn playing from the orchestra’s principals.

The limping ‘Scherzo: Wuchtig’ is a real tour-de-force with Gergiev revelling in all the grotesque orchestral effects that Mahler uses. The clarity and considerable impact of the percussion, timpani and, particularly, bass drum are notable features throughout this recording and here they draw one’s attention to Mahler’s daring orchestration in this movement.

The ‘Finale’ of this symphony with its complex structure is very difficult for any conductor to realise convincingly, but after a very dark introduction, Gergiev drives the 111 players of the LSO to the limit of their considerable abilities with a single-minded determination that has been a feature of this performance from its start. The result, though sometimes hectic, is undeniably thrilling. He sensibly adopts Mahler’s later thoughts, excising the third ‘hammer blow’, and his chilling control of the tragic coda puts the seal on this gripping and idiosyncratic account of the work.

The problematic acoustics of the Barbican are well documented, but the recording engineers Neil Hutchinson and Jonathan Stokes have managed to obtain a vivid sound that has tremendous impact in keeping with the ferocity of Gergiev’s performance, while the close balance often reveals surprising details of the inner parts not heard in other recordings. Apart from the passage referred to above and the distant tubular bells in the finale’s introduction, the rear surround channels of the 5.0 recording are mainly used to add ambience,

It would be impossible for any single recording of this towering masterpiece ever to be considered definitive, or appeal to all tastes, but this searing performance, with the LSO in phenomenal form, should be heard by all who love Mahler’s’ music. 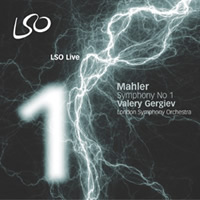 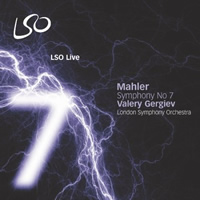 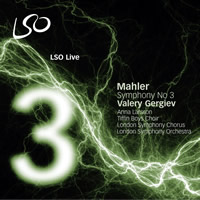 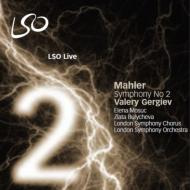 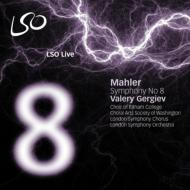 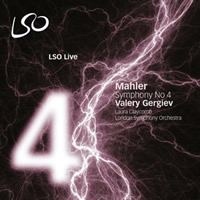 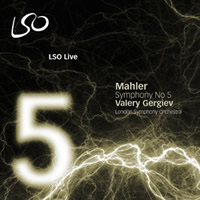 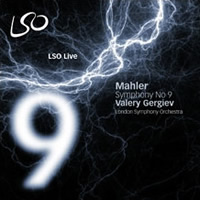 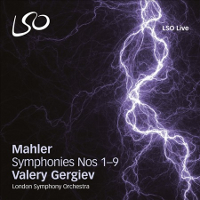