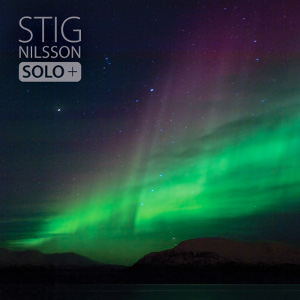 
Violinist Stig Nilsson presents a selection of six contemporary Norwegian works from his extensive repertoire. Throughout his long career as concertmaster of the Oslo Philharmonic Orchestra, and as a much sought-after soloist and ensemble partner – and not least as a source of inspiration to a great many colleagues and composers – Stig Nilsson has contributed perhaps more than any other to putting Norwegian composers on the map. Numerous works have been dedicated to him over the years; some of them even for two violins. Hear him in solo performances and together with his son, Anders Kjellberg Nilsson.

This superlatively recorded SACD gives one not only the opportunity to acquaint oneself with a collection of solo (and duo) violin music by a number of contemporary Norwegian composers, but also to experience the fine playing of both Stig Nilsson and his son Anders Kjellberg Nilsson. The Oslo Philharmonic Orchestra is indeed fortunate to have a concertmaster of the calibre of Stig Nilsson and it is no surprise to learn that some of the composers featured on this disc have dedicated their compositions to him.

The epigrammatic ‘Sonata Saxifraga’ of Øistein Sommerfeldt (1919-1994) that opens the programme has a fresh and immediate appeal, while Ketil Hvoslef’s ‘Violino solo’ that follows is a much more extended and rhapsodic work that allows us to admire and appreciate the marvellous way in which the soloist copes with the considerable technical and interpretive demands of the piece. The prolific Wolfgang Plagge contributes a very aptly named ‘Duels for two violins’ written in 2007 as a Norwegian tribute to Zoltan Kodály on the 40th anniversary of his death. Each of its three short movements captures the style of Hungarian folk music perfectly and could easily be identified as having been written by Kodály or even Bartok. The Nilsson duo relish the ‘duels’ in this witty piece and it makes a welcome contrast with the intensity and seriousness of the two substantial works that follow namely Kjell Mørk Karlsen’s ‘Fantasia Religiosa per violino solo’ and Bjørn Kruse’s ‘Memento mori’. The latter was written in 2004 as part of a ballet production of the same name and occasionally its improvisatory nature betrays Kruse’s background in jazz. The final work on the disc is Terje Bjørklund’s ‘Three Contrasts for 2 violins’ in which the quiet melancholy and introspection of the outer movements contrast with a somewhat whimsical central section.

The music of all six composers featured on this disc is tonal and certainly accessible but, like all worthwhile music, requires a certain degree of concentration and a number of hearings to appreciate its rewarding qualities to the full. This is a programme to be dipped into rather than played through in one listening session.

It almost goes without saying that 2L’s 5.0 recording is of the highest quality, but here the use of DXD has added a new layer of realism to the sound. With, crucially, a judicious setting of the playback volume (the recording is cut at a very high level), the acoustic of Ullensvang Church is magically created in one’s listening room, with the soloist(s) seemingly positioned, as in the booklet photograph, halfway down the nave of the church. It would be hard to imagine more realistic reproduction of violin sound than on this SACD.

The accompanying notes are both erudite and informative and add much to one’s enjoyment of each of these beautifully crafted compositions. This is another 2L production that warrants the highest recommendation for both performance and recording quality.

Just a short review to amplify what Graham says in his very accurate review.

In particular, one cannot escape the emotional strength of argument that is lacking in much contemporary music that is fashionable with many orchestras and festivals today. This is most noticeable in Kruse's "Memento mori" (which opens in an almost Bachian fashion) and the closing duo's by Bjørklund. The performances themselves would be hard to better (if that is indeed possible) from both father and son.

One aspect of the recording itself that is immediately apparent is that the separation of father and son is impeccable. One can sense that they are a few feet apart but there is also a convincing whole to their sonic image.