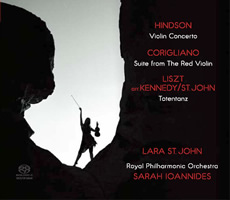 
John Corigliano writes:
"I'm thrilled to be included in a new recording by the brilliant and always surprising Lara St. John. She is a real maverick, as a performer and in her choice of repertoire. An opulent and virtuosic new violin concerto and my Red Violin suite are coupled with a newly arranged version of a 19th century pianistic tour de force in her latest stunning release."

This is my first exposure to the playing of Lara St. John and I must say she is a captivating player. The Hindson "Concerto" (quotes are mine) is really a set of three descriptive tone poems featuring violin obligatto rather than a coherent three-movement concerto proper. Once I got over that distinction, I was better able to appreciate Hindson's score. The work never veers far from consonant tonality and it has some exciting effects from the orchestra and the solo violin. This is a work I will return to in the future.

This is also my first exposure to any of Corigliano's Red Violin pieces. The music from the movie of the same name has been transmuted by the composer into several different scores. This particular incarnation follows the movie cues and is scored for violin and orchestra. Again, this music never swerves too far from basic consonant tonality and I enjoyed it for what it is.

This version of Liszt's Totentanz was created by composer/pianist Michael Kennedy in collaboration with St. John. It's an interesting take on the music but I prefer the original piano and orchestra score. Nevertheless, very well played by all involved.

Sonically (I listen in stereo), this SACD is excellent. The only small quibble is that the solo violin is a bit forward in the mix (despite the producer's note saying they were trying hard to integrate St. John's instrument into the orchestral textures). This is nothing new in concerto recordings for sure. Most have the solo instrument too forward compared to real life. I'd say this one is better than most in mixing it closer to reality. Other than that minor issue, the recording is quite outstanding.

Lastly, the packaging of this SACD is a pain. The disc itself is contained in a cardboard sleeve and its difficult to extract from the package. The fine sets of notes (in two languages) are glued to the tri-fold package. A bit cumbersome.

If you want to hear some "modern" works for violin and orchestra that won't jolt romantic music sensabilities, give this one a try. It's worth it just for St. John's marvelous violinism. She's one to watch.

This disc offers a enveloping surround recording, fully adapting the technological potentials of 5.1. In my opinion the soundstage evolves perfectly. A great and highly thrilling performance indeed. 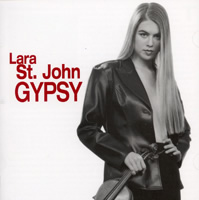 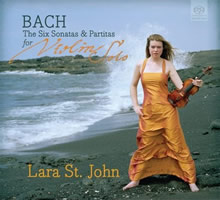 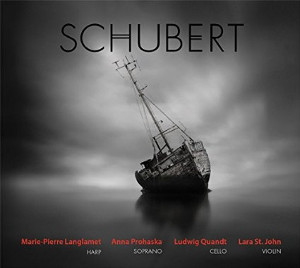