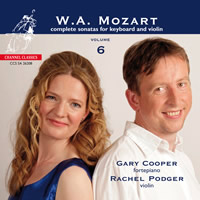 
The Duo partnership of Gary Cooper and Rachel Podger has taken them worldwide. Their recordings of Mozart's Complete Sonatas for Keyboard & Violin have received countless awards and accolades, including multiple Diapason d'Or awards and Gramophone Editor's Choices, and hailed as 'benchmark' recordings.

Hard though it is to pick out a favourite, this must be the best of the cycle so far; the playing is still the same exalted standard that those collecting the series will have come to expect and there is relatively little of the (very) young Mozart.

The two F major sonatas (that open and close the disc) date from 1781 and these show why the titles in this series are "sonatas for keyboard and violin", as they are truly equal between the instruments. A subtle difference can be detected in the slightly earlier sonata in C major with a slight preference given to the keyboard, whereas the genuinely early G major work (Mozart was 10 when this was written) is decidedly written in favour of the keyboard, melodically speaking.

Throughout, Gary Cooper and Rachel Podger play as to the manner born, both with a singing tone and sunshine abounding in their phrasing. The tempo choices of Cooper and Podger are always winning and one can hear their love of this music pour out of the loudspeakers. Wearing their virtuosity lightly, this is one of those issues where the music is made to sound easy enough for almost anyone to master; beware those who are tempted for there are difficulties even though it might not be apparent from this rendition.

The sound is absolutely ideal, when played back at a suitable level, Cooper and Podger sound as though they are present in one's listening room, giving a private recital - delightful. This is the type of playing and recording that could well win over even the fiercest critic of the HIP movement so delightful is the experience.

In short, this disc is tremendously addictive and a powerful sales tool for the extant volumes - the others have certainly been revisited since this graced my player. It is especially recommended if one needs a smile after a hard day. 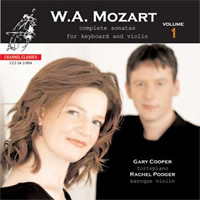 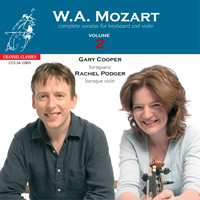 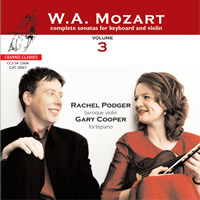 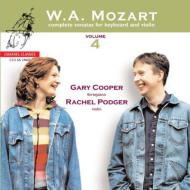 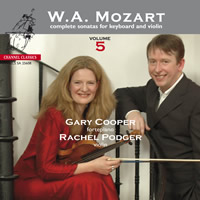 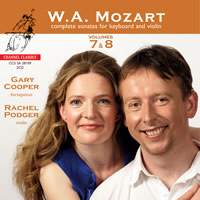