Thanks Tony, we have plenty of time to catch up on these clips now 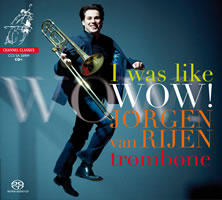 
An American soldier says, “I was like wow” at the moment when he is describing his violent experiences during the Iraq war. This showed me that words and exclamations like “ wow” are used to indicate that something has made a deep impression, regardless of whether that impression is positive or negative; you can be impressed by something in all kinds of different ways. That’s what gave me the idea of finding pieces for my new CD, ‘I was like WOW!’ that had all impressed me deeply for all different kinds of reasons, pieces that for some reason had given me a ‘wow’ feeling.