The SACD fairy heard my prayer! She won't grant me exactly what I had asked for in my previous comment, but it will be something similar. Tower Records just announced they'll ...


Art Blakey's most successful album gave us Bobby Timmons' "Moanin'" and Benny Golson's "Along Came Betty" and "Blues March," tunes so powerful that Blakey played them almost every night for the next 30 years. This beautifully performed and recorded session made the Jazz Messengers a jazz institution and put Golson, Timmons and Morgan to the forefront of jazz.

Many Analogue Productions SACDs have gone out of print, and Acoustic Sounds, which previously distributed AP SACDs in DSD download format, discontinued all audio download sales at the end of 2020. These brief reviews are offered as a guide to collectors who are contemplating the purchase of an out-of-print Analogue Productions SACD, and weighing costs against sonic benefits.

Some jazz classics should be dethroned, but this one still deserves a seat in the royal court. Tenor player Benny Golson’s “Along Came Betty” and “Are You Real” remained in his performing repertoire – and that of countless other musicians – for decades. Lee Morgan was 20 at the time of the October 1958 session; no one has a right to be that good at that age.

The session was engineered by Rudy Van Gelder in his Hackensack, NJ converted living room studio. Blakey’s explosive dynamics were a challenge to record. There are overloaded passages here and there, but generally the sound quality is very good. This is the stereo version (my preference is nearly always for stereo mixes, assuming the tape was well-preserved).

The 24/192 download remastered in 2012 by Bernie Grundman sounds very good, if a bit shallower and less warm than Kevin Gray and Steve Hoffman’s AP SACD. Hoffman developed a method to reduce hum caused by RVG’s studio reverb, which as part of Gray’s state-of-the-art mastering suite might account for differences in sound quality between the two releases.

The Blue Note 24/192 downloads are, at present, among the best-sounding versions in print. Those who have not yet acquired a standalone DAC or an integrated amplifier with a built-in DAC should consider that option. Alternatively: 24/192 files can be burned onto a DVD-R and played back on Oppo and other Blu-Ray players.

For further reference, see this list of all of Hoffman and Gray's Analogue Productions projects: 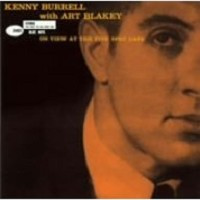 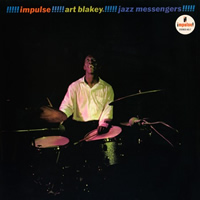