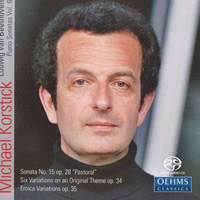 
With vol. 6., Michael Korstick‘s highly appraised Beethoven cycle, which is largely structured chronologically, enters a stage where Beethoven gave rise to the precognition of later developments of his works to come. Sonata 28 veers away from the classical character couple of main and secondary theme in favor of a consistent motif development. Op. 34, which Beethoven himself – together with op. 35 – described as “novel“, takes the variation form to a new stage of development: Each variation has a key of its own and embodies a distinct musical stature. Op. 35 eventually reaches to the stars and fathoms extreme forms of compositional style. The splendid final fugue already points to the Hammerklavier Sonata op. 106. 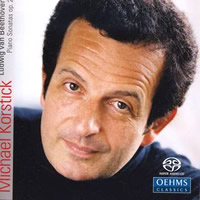 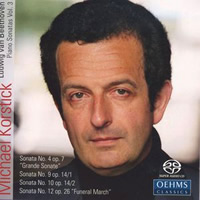 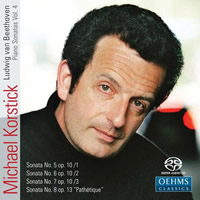 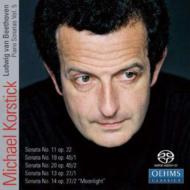 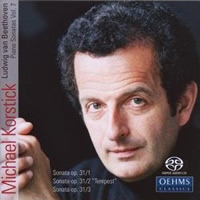 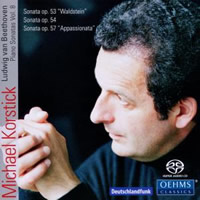 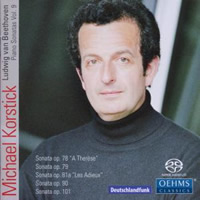 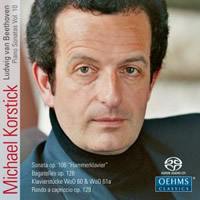 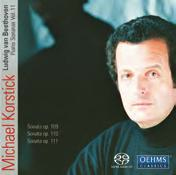