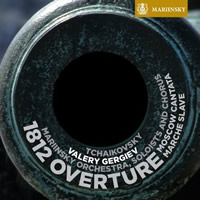 
Unlike the majority of his Russian predecessors, Tchaikovsky's fame meant he received regular commissions for new work – he was the first 'professional' Russian composer. A new generation followed in his footsteps including Stravinsky and Prokofiev; for them, commissions were the norm.

Many of the works for which Tchaikovsky was commissioned were required to celebrate great state and political events. The Danish Overture was written to mark the marriage of the future Tsar Alexander III to the Danish Princess Dagmar. He was later commissioned to to produce the rarely-heard Moscow Cantata and Coronation March as part of the celebrations to mark Alexander's coronation.

The music on this SACD is a mixture of very familiar and quite rare Tchaikovsky pieces, thrillingly played by an orchestra and conductor with this music in their blood, and recorded in what is surely some of the most vivid and immediate sound available on SACD.

The connection between these pieces is that all five were commissioned for occasional purposes or events and, although Tchaikovsky generally found such commissions distasteful and alien to his way of working, he brought his unique compositional flare to each of them with admittedly, in the eyes of posterity, varying success. A further musical link between these works is that in all but one of them Tchaikovsky quotes from the Imperial Russian anthem ‘God save the Tsar’, the exception being the longest and perhaps least well-known work on the disc, the ‘ Moscow Cantata’.

Like the ‘Festival Coronation March’ (Track 9) the cantata was composed for the coronation of the new Tsar Alexander III in 1883. Tchaikovsky used a text, full of patriotic fervor, by Apollon Miakov, that he found much to his liking and, remarkably, he completed the work in a mere two weeks. This attractive piece has received a number of recordings, mainly, but not exclusively, from Russian sources, though it is still rarely heard in the concert hall. The cantata is in six sections charting the history of the city of Moscow and the eventual emergence of and homage to the Tsar. The second and fifth movements, two richly melodic ariosos for mezzo-soprano, are movingly sung by Lyubov Sokolova (with a little muttering from Gergiev!), while the fourth movement and finale feature the splendidly firm baritone of Alexey Markov. The stirring contributions of the full-throated Chorus of the Mariinsky Theatre are delivered with both discipline and fire.

The ‘Festival Overture on the Danish National Anthem’ and the ‘Festival Coronation March’ are the final two rarities on this disc. Tchaikovsky thought enough of the latter to conduct it at Carnegie Hall on his first visit to America. Though neither of these pieces is generally held to be top-drawer Tchaikovsky, Gergiev’s absolutely committed interpretations, combined with such passionate and electrifying orchestral playing, challenge that view. Listen to the wonderful swagger in the central section of the ‘Coronation March’ and the way Gergiev imbues much of the ‘Festival Overture’ with an appealing balletic quality while never neglecting its inherent pomp.

‘Marche Slave’ (Track10) and the ‘1812 Overture’ (the first item on the disc) are both so familiar, not to say hackneyed, that it must be difficult for any conductor to prevent routine orchestral playing and at the same time give their performance some individuality. In both works Gergiev does just that, thanks both to his superbly responsive orchestra and his fairly swift, yet unexaggerated, tempi. In surround, the end of 1812 with cannons and pealing bells emerging from all speakers and enveloping the listener, is a hi-fi buff’s dream come true.

As on the previous Mariinsky releases, James Mallinson’s production and the engineering of John Newton and Dirk Sobotka are almost nonpareil. The orchestral sound has clarity, spaciousness and impact in abundance, while the chorus and soloists in the Moscow Cantata are given an ideal concert hall balance.

This is without doubt the finest Tchaikovsky collection that I have heard for many years and I cannot recommend it too highly. 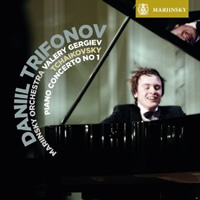 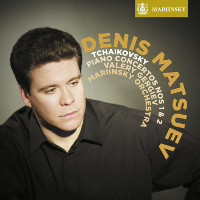 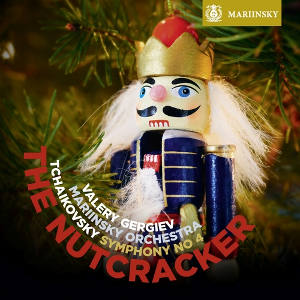