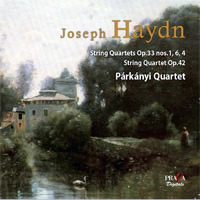 
These last three Opus 33 quartets (first volume: PRD/DSD 250 238) define the archetype of the ‘Classical’ string quartet, a genre that would henceforth blossom independently of its patrons. Haydn makes of it a music that is light, subtle, intentionally humorous, concise and radiant, capable of leaving private drawing rooms for public concert venues. Mozart immediately detected its originality as would the classic composers of the… 20th century.

The Parkanyi Quartet (formerly Orlando Quartet) plays Haydn's quartets very well. It's too bad they are let down by an odd and over-resonant recording. The odd part of the recording is that the ensemble is close up; so much so that you can hear the breathing/sniffing of at least one of the members (I think its the violist since it is coming from the right side of the sound stage). Yet, there is a resonant haze over the ensemble as if it was recorded in a church. The juxtapotion of the close-in/far-away effect ruins any semblance of an ensemble in a real space for me. The booklet says it was transcribed in the Domovina studio in Prague by engineers Karel Soukenik and Vaclav Roubal. I am just speculating here but have they added some artificial reverb to the mix to give a bigger feel to the music? It sounds like it to me though I'd love to be proven wrong by Praga. Perhaps the Domovina studio is capable of generating such ambience but I have my doubts (I am currently listening to the recent Martinu quartets recording done in the same studio by the same engineers and it doesn't suffer from too much resonance; in fact one of the Martinu's was recorded in the same month as the Haydn - June, 2009). Without that ever-present resonant veil over the sound, this might have been a top-notch recording sonically.

I compared this to the Kodaly Quartet's recordings on Naxos RBCD which have generally gotten good reviews back in their day (going on 15+ years now). The Kodaly actually was recorded in a church and sounds like it - plenty of reverberation. So, neither ensemble has recorded sound to match my ideal, close-in sound stage. Sonics aside, I significantly prefer the Parkanyi's playing over the Kodaly who sound a bit bored. The Parkanyi's dynamics are better nuanced and wider in scope which helps enliven the music. Sometimes, Haydn's early quartets border on note spinning and it takes extra effort by the players to create ongoing interest. The Parkanyi's succeed in that respect; the Kodaly do not. So, recommended for the performances but not the sonics. Volume one of the Op.33 set is on its way to me - perhaps by some miracle that recording will be better sonically. 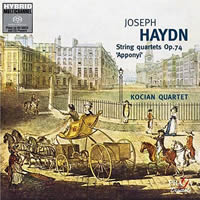 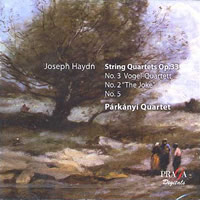 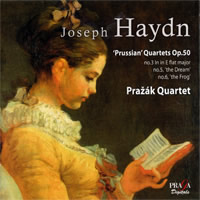 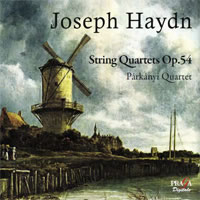 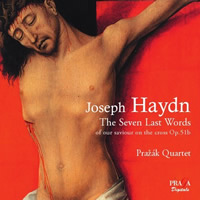 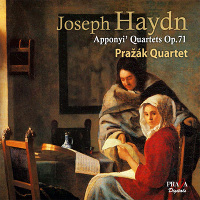