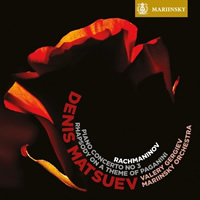 Rachmaninov: Piano Concerto No. 3, Rhapsody on a Theme of Paganini


The Mariinsky label’s fourth release features acclaimed Russian pianist Denis Matsuev alongside Valery Gergiev and the Mariinsky Orchestra for recordings of Rachmaninov’s Piano Concerto No 3 and his Rhapsody on a Theme of Paganini.

Since winning the 11th International Tchaikovsky Competition in 1998 Matsuev has established a reputation as one of Russia’s greatest and most dynamic pianists. Over recent years he has begun to perform regularly on the international scene and has recorded for BMG Russia. He has appeared with many of the world’s leading orchestras and gave his first Carnegie Hall recital in 2007.

Matsuev is renowned for his interpretations of music by Russian composers and has collaborated with the Serge Rachmaninoff Foundation. He was chosen by the Foundation to perform and record unknown pieces of Rachmaninov on the composer’s own piano at the Rachmaninov house on the Villa Senar estate, Lucerne.

This recording was made possible through the generous support of Mr. Andrei Cheglakov.

Denis Matsuev winner of the International Tchaikovsky competition twelve years ago at the age of 23 is an exceptional pianist to whom the monumental interpretive and technical challenges of Rachmaninov’s 3rd Piano Concerto present no difficulties. His playing throughout the first movement of the concerto immediately identifies a consummate virtuoso but one with an impressive degree of sensitivity. The relaxed opening statement of the main theme gives little indication of the torrents to be unleashed as the movement progresses. It is, however, not surprising that, unlike the majority of pianists who have recorded this concerto, Matsuev chooses to play the longer and more difficult of Rachmaninov’s two cadenzas with total assurance and almost terrifying power.

Gergiev and the Mariinsky Orchestra mould the languid opening of the second movement with a convincing depth of feeling and a generous degree of rubato that is matched by Matsuev when he enters and convincingly expounds the grandeur of the main theme. The agility and delicacy of his playing in the faster section of the movement, from 7’47,” is quite astonishing.

Matsuev’s account of the finale is a veritable tour-de-force that in a live concert would bring any audience to its feet, yet the pianist also manages to create a sense of calm from 5’12” when a solo flute and then a horn joins the piano before the build up to the final climax of the movement. While there are many superb recordings of this concerto stretching back to the composer’s own, this one must surely be counted interpretively amongst the finest. On SACD, however, the Mercury recording by Byron Janis Rachmaninov: Piano Concertos 2 & 3 - Janis, Dorati still sounds amazing for its age and easily holds it own with this new one.

Matsuev and Gergiev’s performance of the ‘Rhapsody on a Theme of Paganini’ is definitely individual and also, at times, most striking. For example, Variation XI (marked moderato) is taken very slowly with long pauses that create an eerie sense of unease that I have never been aware of before. The pianist’s deft playing of the Variation XV: Più vivo scherzando is also memorable for Matsuev’s quicksilver fluency, while the famous Variation XVIII is delivered without the gushing sentimentality too often heard in lesser performances. Unlike most recordings, Mariinsky have helpfully allocated a separate track to each of the 24 variations allowing the listener to identify each one with ease.

Overall, the close-recorded sound does tend to favour the piano, even above the orchestra when both are playing together, and the engineers do not seem to have captured as much of the hall ambience as one might have hoped. The result is a slightly claustrophobic quality to the sound not evident on the earlier issues from this label. One effect of this, for example, is that the percussion parts of the Rhapsody do not have the definition, or audible impact, found on other versions. The first three releases on this label have been outstanding, both musically and technically, and if this one does not quite match them in every respect it is still a fine achievement. 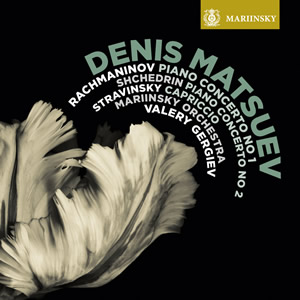 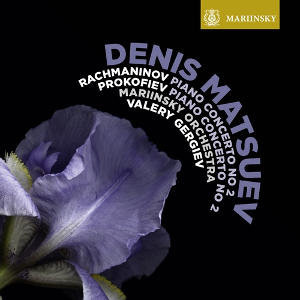