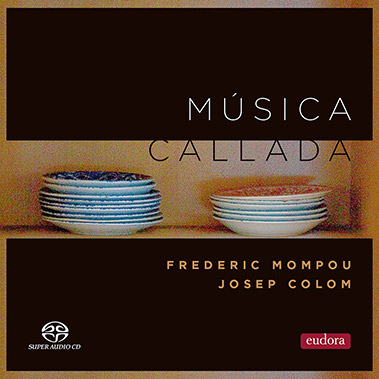 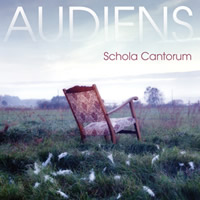 
What is the music of the Nordic light? Let yourself be transported to a new world of sound as the chamber choir Schola Cantorum and conductor Tone Bianca Dahl, with guest musicians Are Sandbakken and Nordic Voices, grant you an AUDIENCE. Hear one of Norway’s leading choirs in premier recordings and modern classics.

As in other Baltic states, Norway has a fine, long tradition of choral singing, exemplified here by the Schola Cantorum, comprised of students from Oslo University's Musicology Department. A particular feature of this programme is the prevalence of the mother-tongue. Norwegian is pronounced melodically, and together with its rich assemblage of vowels, it is therefore a good language for singing. One of the main featured composers here, Bjørn Morten Christophersen (b.1976), is himself a member of the Schola. The programme is of contemporary secular choral music by young composers from the Nordic countries and America.

In the glowing acoustic of the neo-Romanesque stone-built Ris Church in Oslo, Schola Cantorum produce a richly-textured sound, conveyed with stunning realism by 2L's DXD-DSD recording; one could almost reach out and touch the choir, whose sound is clearly that of perfectly blended individual voices rather than a generalised blend. This contemporary programme sometimes goes beyond straightforward singing; for example the chorus are asked to produced the sound of rushing wind in 'Leonardo Dreams of his Flying Machine', and in the surreal 'Audiens' many vocalisations appear, including humming, glissandi, sprechstimme and whispers - all conveyed in detail as never before in a recording.

Eric Whiteacre's 'Leonardo Dreams of his Flying Machine' to a text by Charles Antonio Silvestri, is an engaging conceit; a touching portrait of genius at work. The music forms a vividly illustrative narrative, suggesting a Renaissance flavour despite modern harmonic progressions moving from homophony to counterpoint.

Torbjørn Dyrud's 'Her friend shall soon be kissing amongst the roses' makes an unusual and deeply moving love song, which Schola Cantorum render with great warmth of tone and precision of ensemble. Following is Bjørn Morten Christophersen's 'A Just Finished Candle', based on a 12th Century text which is a brief pensive philosophical meditation on the brevity of existence.

Danish-American Morten Lauridsen's choral music is very well-known, and although 'Si Per Havervi Ohime' is an earlier work than his popular 'O Magnum Mysterium', it shares a similar shimmering harmonic influence. This re-setting of a madrigal from Monteverdi's first set is wonderfully expressive of controlled passion in the flow of its slow-moving tone-clusters. Schola Cantorum sing it with exquisitely-shaded dynamics, inwardness and subtly-nuanced lines.

Chrisophersen's 'Audiens' (Audience) is the main work of the set, based on a remarkable text by Gro Dahle - a bitterly satirical deconstruction of the Papacy, which features many graphic animal references. It recalls Bacon's painting of 'The Screaming Pope'. The work was written specifically for Schola Cantorum and Nordic Voices, a 6-voice a cappella ensemble, who join them in this recording. Full of brilliant and technically difficult vocal devices, this surreal music is performed with great wit and élan by the two choirs, and in multichannel you can hear the building's acoustic responding to unusual transients and vocalisations, producing a very immersive experience.

Also in humorous vein is Christensen's 'The Host of The Establishment' based on an extract from expressionist painter Edvard Munch's diaries. It comically refers to the awful vocal qualities of a landlord, and the choir's tart commentary draws much artistry from such a banal source.

'Winter Night' from American Eric Whiteacre returns us to a more serious vein, with his majestic allegory about Sleep, which the choir evoke upon a dark cushion of hazy dissonance and softly-flowing melody.

Swedish composer Kari Rehnqvist contributes the affecting 'You Only Have to Walk Across the Meadow', a lover's rhapsody full of longing amidst the beauties of nature.

The final piece in this programme is the most avant garde and daring; Christophersen's 'Rebirth' based on extracts from Munch's poetry. This satanic prose about drinking an intoxicating potion includes a substantial solo for viola, superbly played by Are Sandbakken (first viola in the Norwegian Chamber Orchestra and Oslo Philharmonic). Schola Cantorum evidently relish this luridly vivid picture of despair and dissolution, which is worthy of Munch's own iconic painting, 'The Scream'. A strange and disturbing piece, but a virtuosic ending to a fine choral programme.

'Audience' should not be missed by lovers of vocal music. Its entertaining and enlightening programme is delivered with a state-of-the art recording, with full texts in English translation and copious notes in the non-detachable leaflet of 2L's well-designed DigiPak. 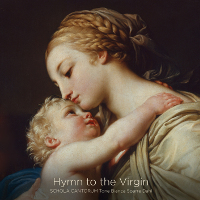 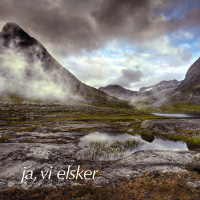