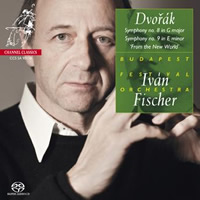 
This pair of symphonies was written solely to satisfy Dvořák’s own poetic muse. In the keys of G major and its relative minor, E minor, they can be regarded as representing two sides of the same coin. The Eighth, composed in Dvořák’s summer residence at Vysoká deep in the Bohemian countryside, is indisputably “From the Old World” and rooted in Central Europe — “a work singing of the joy of green pastures, of summer evenings, of the melancholy of blue forests, of the defiant merry-making of the Czech peasants”, to quote the conductor Václav Talich, while the Ninth, composed in the claustrophobic surroundings of New York and intended as a greeting “From the New World”, is steeped in the composer’s “unappeasable yearning for his native soil” (from: liner notes) 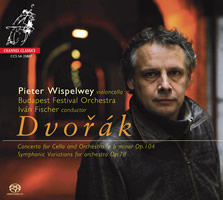 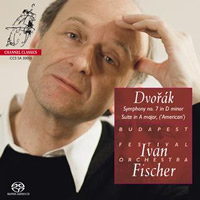 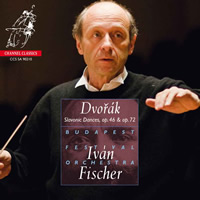