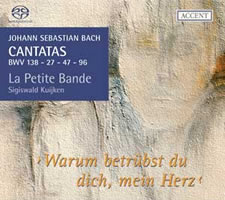 In BWV 27 (that opens the disc), the alto aria "Wilkommen! will ich sagen" will be recognised by many and it is sung beautifully by Petra Noskaiova in a ravishing duet with the oboe playing of Patrick Beaugiraud. In BWV 47, the most prominent starring role is given to Gerlinde Samann in the soprano aria "Wer ein wahrer Christ will heissen" in duet with Sigiswald Kuijken himself on violin (it must be said that his intonation is a little rough around the edges by comparison). After playing (a close) "second fiddle" in BWV 27 & 47, the bass aria "Auf Gott stegt meine Zuversicht" gives Jan Van der Crabben a rightful chance to shine (here the duet is with the violins as a section). Lastly - and by no means least - tenor Christoph Genz gets his aria "Ach, ziehe die Seele mit Seilen..." in BWV 138; it is impossible to say which of these singers performs best - quite simply, all of them are on radient form either as soloists or together in the quartettos or chorales.

In the quartetto's that open each cantata performed here, Kuijken chooses tempi that must be nigh on perfection that allow the necessary depth of expression from instrumentalists and singers alike yet imbues the music with a wonderful sense of momentum that carries the listener on the crest of a wonderful emotional journey - indeed, the positioning of the orchestra and singers throughout amplifies the writing of Bach the opening quartettos. As ever, a more appropriately sombre tempo is chosen for the final chorales.

The sound is one of the best of the cycle to date, recorded in the Academiezaal Sint-Truiden (Belguim) in 2009, it has a natural bloom without excessive resonance that has sometimes eluded earlier releases. 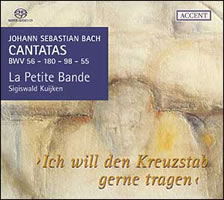 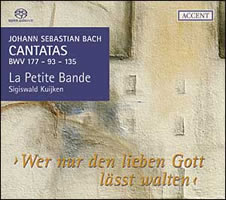 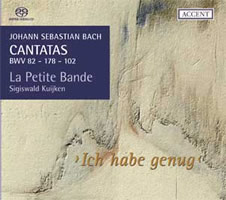 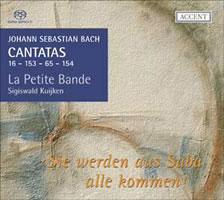 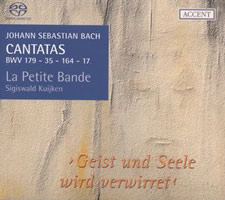 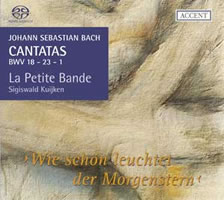 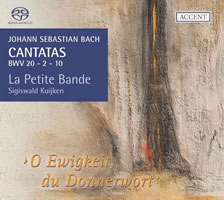 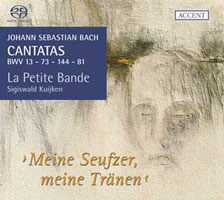 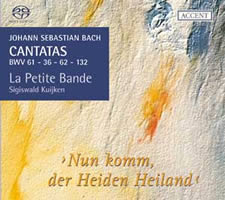 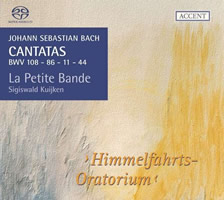 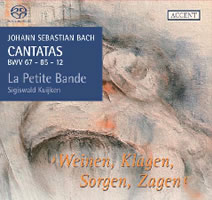 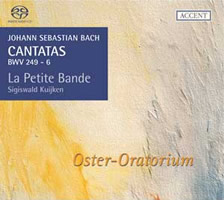 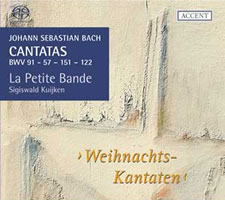 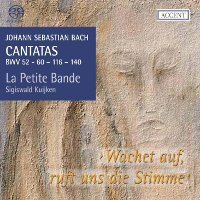 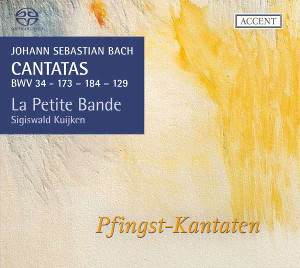 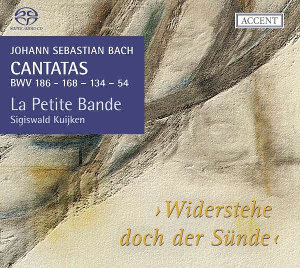 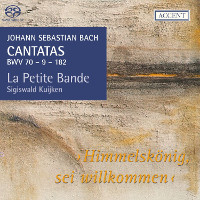