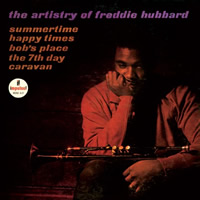 
By the time this album was recorded in 1962, the 24-year old Freddie Hubbard had worked with Slide Hampton, Max Roach and J.J. Johnson prior to his association with Art Blakey's Jazz Messengers. Miles Davis listed Hubbard among the top jazz trumpeters of the day. This was Freddie Hubbard's debut on the Impulse label, and to showcase his trumpet artistry he organized a group of top instrumentalists to give him full support. The group included John Gilmore, tenor saxophone; Curtis Fuller, trombone; Art Davis, bass; Tommy Flanagan, piano and Louis Hayes, drums. Freddie Hubbard wrote three of the five compositions.

An unsuccessful meeting of hard bop and half-baked New Thing. Blame falls on producer Bob Thiele, who either failed to schedule enough rehearsal time or record sufficient takes to allow the players to nail down their performances.

Freddie Hubbard was one of Blue Note Records' rising young trumpet players when he was (presumably) loaned out to Impulse for the July 1962 date. By this time, Hubbard had recorded with John Coltrane (Olé Coltrane, Africa/Brass) and Ornette Coleman (Free Jazz). He had played alongside three of the most significant innovators in new music, Coltrane, Coleman and Eric Dolphy. Yet Hubbard generates, at best, a warmed-over set in a well-trodden groove.

Compared to Coltrane's "Blue Train", recorded five years earlier and arranged for the same ensemble of tenor sax, trumpet, trombone, and rhythm section, "Artistry" sounds lackluster and rearguard. The performances never really cohere. Considering that Thiele was capable of producing outstanding sessions for 'Trane, Art Blakey, Max Roach, Oliver Nelson and others, the weakness of "Artistry" stands out from the excellent run of LPs from Impulse during that period.

The rhythm section of Tommy Flanagan, piano, Art Davis, bass and Louis Hayes, drums, never quite manage to strike sparks on the latter two tunes, and only come to life on the flamenco-tinged "7th Day." Flanagan strives to overcome the lack of rehearsal time and the unadventurous compositions, but it's not one of his finest moments on record.

"Artistry" is noteworthy for the rare presence of tenorist John Gilmore on a non-Sun Ra record. Circa 1962-64, the Sun Ra collective could barely eke out a living in New York. Sunny dispatched Pat Patrick and John Gilmore to earn some (literal) bread for the table. Gilmore, who Coltrane regarded as a creative influence, and who had already recorded the post-bop Sun Ra classics "Sound of Joy", "Super-Sonic Jazz" and "Jazz in Silhouette" as well as the radically experimental "Angels and Demons at Play" and "Art Forms of Dimensions Tomorrow", was fully in thrall to the domineering band leader.

On "Artistry" Gilmore struggles to set his own conception back into a more conventional bebop mode. His solo on the Coltrane-esque "7th Day" at least partly incorporates one of the techniques he'd been assiduously rehearsing with Sun Ra: the use of concise melodic fragments played in ever-varying permutations, on- and off-rhythm. Of the handful of Gilmore sideman appearances, his work on the Blue Note session "Andrew!!!" with composer Andrew Hill best demonstrates what he could have done if he'd ever managed to break the leash held so firmly by Sun Ra.

Engineer Rudy Van Gelder's idiosyncratic choice of piano microphones (a different mic for every pianist who entered the studio) veils Tommy Flanagan under a thick layer of sonic wool. The tape seems to be in good condition, but the sound quality is not comparable to the best Analogue Productions SACDs derived from RVG sessions recorded in the same era.

There is also a track identification error in this package. In the insert, "Bob's Place" and "Happy Times" are listed in reverse of their actual running order, and on the disc, the track IDs are mislabeled.

Overall, then, a missed opportunity to present Hubbard in the best light, at a time when his technique (and health) were at their peak. Hubbard fared better in the company of composer-music directors like Andrew Hill, Wayne Shorter and Herbie Hancock. 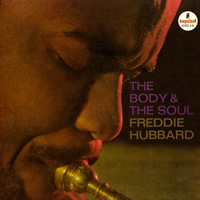 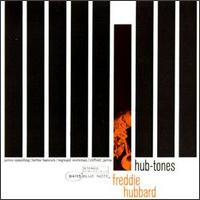 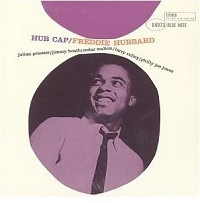