Running these through an analyzer, it's clear that these SACDs are definitely mastered from sources that are better than CD quality (e.g. > 44.1/16) - so they are, ... 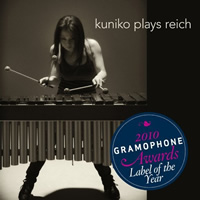 
Presented on this recording are three brand new arrangements of Steve Reich works, newly written for percussion, in celebration of his 75th birthday by one of today's most gifted percussionists. 'Kuniko Kato is a first rate percussionist who has put a lot of careful thought and hours of rehearsal into making this excellent [album]. She has created new and very beautiful arrangements.' (Steve Reich) KUNIKO's arrangements are simply stunning and this recording exhibits elements of her Japanese heritage to create a warm, virtuosic performance. This unique recording must be heard!

As is proudly displayed in the booklet, Reich says "Kuniko Kato [KUNIKO] ... has created new and very beautiful arrangements." All pieces share something in common - they have been arranged by KUNIKO for herself and pre-recorded tape. Electric counterpoint is now scored for steel pans, vibraphone & marimba and, good though both the arrangement and playing are felt to be by Reich, the soft tones of KUNIKO's arrangements clearly undermine the edgy drive that is a feature of the original.

Six Marimba Counterpoint (as Reich has dubbed this arrangement where KUNIKO plays one part "live" and the rest is on pre-recorded tape) is far more successful in respect of being "true" to the sound of the original composition and is hypnotically compelling. Vermont Counterpoint, now for vibraphone and pre-recorded tape of other vibraphones, is also a successful arrangement from the original version for flute, piccolo & alto flute and is played with suitable momentum and vigour.

The notes from KUNIKO herself rightly concentrate a lot on the engineering challenges that had to be overcome. This is the type of disc that almost no matter how much information is given, more questions inevitably arise! The engineering is remarkable; remarkable in consistency for Electric Counterpoint was taped in Nashville (2009), Six Marimbas in Tokyo (2009) and Vermont Counterpoint in Nagoya (2010). It is also remarkable how it exploits the MCH aspect, where the listener is placed firmly in the middle of the instruments - an incredible experience of polyphony that will be completely lost in stereo. 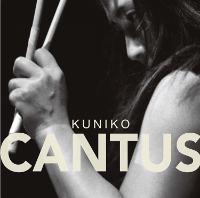 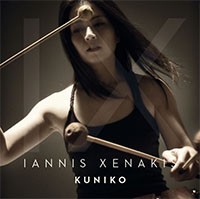