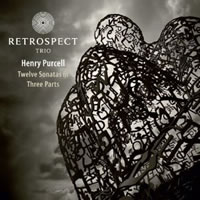 
This second Purcell release by Retrospect Trio has been hotly anticipated since its debut recording, a Finalist at the 2009 Gramophone Awards, was released; BBC Music Magazine described the follow up as 'a mouthwatering matter of urgency.' The four Baroque instrumentalist super stars - Sophie Gent (violin), Matthew Truscott (violin), Jonathan Manson (bass viol) and Matthew Halls (harpsichord/organ) - are reunited in ‘Henry Purcell: Twelve Sonatas in Three Parts'.

Recorded at St George's, Chesterton, the recording beautifully captures the timeless beauty of Purcell's most highly regarded instrumental works. Continuing the composer's trio sonata texture found in Ten Sonatas in Four Parts, Purcell's later set is much more forward-looking to the later Baroque rather than taking inspiration from the old style contrapuntal models found in the earlier set. 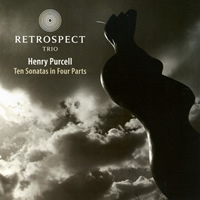