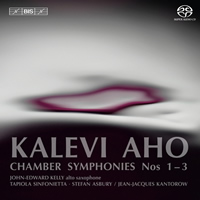 How pleasing to have this latest offering in the BIS traversal of Kalevi Aho's prolific output! Those who enjoyed his epic Lapland-based Symphony 12 (Aho: Symphony No. 12 - Storgårds) will know him as a contemporary Finnish composer of astonishing versatility, capable of writing music in just about every genre. He is also an enthusiastic writer on matters musical, and an eclectic absorber of literature.

In Symphony 12, he explored the naturalism of the far north, and its association with shamanism. These three Chamber Symphonies, however, are essentially abstract and cerebral in nature. In the disc's booklet, Aho writes descriptions of the music, and gives some clues as to his thought-processes in their composition. Generally, composers writing about their music are often puzzlingly opaque, but Aho's explanations are clear and direct.

The three Chamber Symphonies are for strings, and are played here by the much-acclaimed Tapiola Sinfonietta from Espoo, north-west of Helsinki. No.1 dates from 1976, shortly after his graduation as a composer in 1971; No.2 from 1985-96 was commissioned by the Ostrobothnian Chamber Orchestra and No.3 hails from (1995-96). Aho deliberately poses extreme challenges and demands high energy output frim the string orchestra, not to mention the herculean task for the conductor. For example, Stefan Asbury, who conducts Nos 1 & 2 ,has to contend in No1's climax with a section in which each of the 20 string players are given an independent part - as terrifying as a really horrible horror movie, but awe-inspiring because of its virtuosic delivery.

Chamber Symphony No.1 is the most lyrical of the group. It even begins with a nod to Sibelius (a requirement for all young Finnish composers?) with a wintry opening, high string theme moving above a growling deep solo double bass. Variants of this tranquil section are interposed with a breathlessly fast and violent one. Aho tells us that Chamber Symphony No.2, in three movements, explores the expressive qualities of the strings. Swinging from tonal to atonal and polytonal with cluster chords and startling string slaps ("Bartók pizzicati"), these movements explore virtuosity in a succession of dazzling textures, sometimes achingly beautiful, others shocking and virulent. The Sinfonietta work together with irresistible panache and solid ensemble as the fireworks are ignited to explode around them,

The third Chamber Symphony, conducted with Gallic flair by Kantorow, is something of a departure. From the second movement, it employs a solo alto saxophone, which takes on a concertante role. Stellar American saxophonist John Edward Kelly walks on (literally) from the back of the orchestra, and walks off, still playing, at the end of the last movement. This is one of Aho's eclectic works, its four movements given titles arising from a reading of Tuomas Anhava's translations of Japanese Tanka poetry. The music itself was suggested from hearing Arabic music in a Tunisian film. Kelly's range from stratopheric upper partials to deep explosive staccatos is stunning, and his lyrical, songful lines are truly beautiful.

Make no mistake, these symphonies are challenging for the listener, but very rewarding, as they sound different at every hearing. Aho's inventiveness seems endless, and you simply never know what he is going to do next. The Sinfonia's execution of these chimeric pieces is a staggering achievement, and the BIS recording is spectacular, with a wide and deep sound-stage and strong, deep basses..

These are thrilling pieces, excellently (and bravely) played. If you like abstract pictures, you will probably love Aho's Chamber Symphonies. 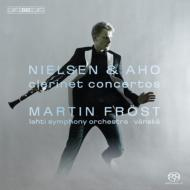 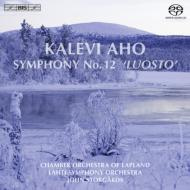 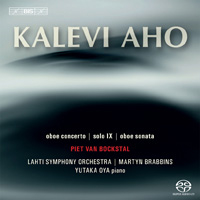 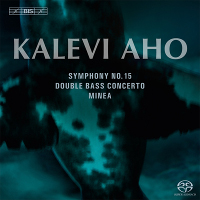 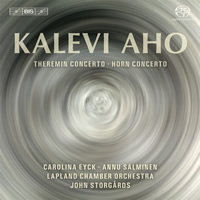 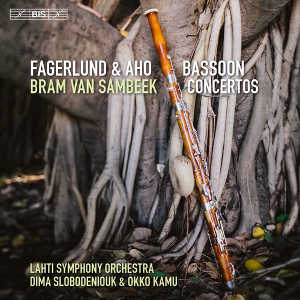 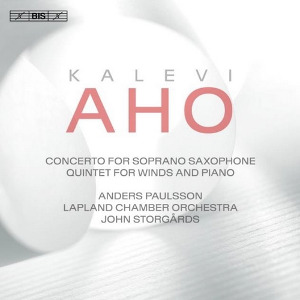 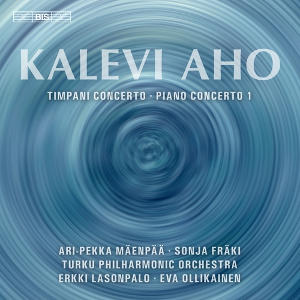 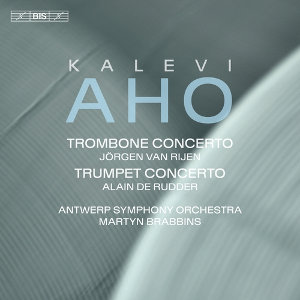 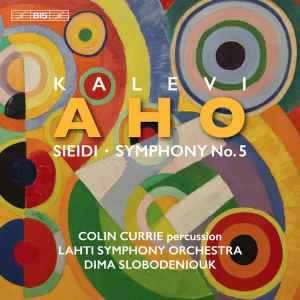 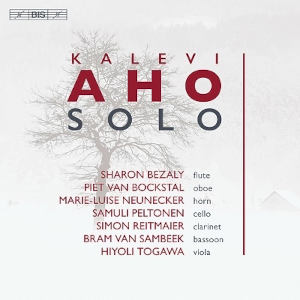