Another recommendation for this set. Absolutely marvelous in every way. 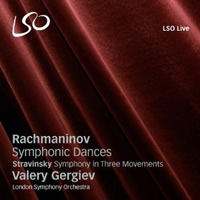 
The Symphonic Dances, an orchestral suite in three sections, was the last work Rachmaninov completed and proved one of his most popular compositions. Although rarely sentimental, it draws on many of the composer’s reminiscences of Russia, from where he emigrated in 1917. It is characteristically lyrical with vivacious rhythmic sections, reminiscent of Stravinsky’s Rite of Spring and the composer’s own Rhapsody on a Theme of Paganini.

Gergiev couples the Symphonic Dances with another work in three movements by a Russian émigré to the USA. Stravinsky’s Symphony in Three Movements was written between 1942-45 and was the first work Stravinsky completed after his arrival in the USA. Although he claimed it was a ‘War Symphony’, his true inspiration was typically vague.

This is an unusual pairing of works by Rachmaninov and Stravinsky. Apart from their nationality and the fact that they were both emigrés from their homeland these two composers and their respective compositional outputs have little or nothing in common. Both pieces, however, are well suited to Valery Gergiev's interpretive talents, and with the LSO on blistering form those reasons alone should make these accounts ones to be reckoned with.

The Rachmaninov 'Symphonic Dances' proves to be the more radical of Gergiev's two performances. He obviously views this composition as a very dark one indeed, and his performance of it is imbued with much Russian introspection, even though Rachmaninov composed the work in Long Island in the summer of 1940. The spectre of the composer's impending demise is ever present in these dances and this seems to have influenced the way Gergiev's has approached the work. Gergiev takes an unusually literal view of Rachmaninov's 'Non allegro' marking for the first movement and this results in a much slower and more powerfully emphatic account of the opening section than one usually encounters – interesting, but it must be admitted not entirely convincing, as it does inhibit the movement's propulsive energy. The slower contrasting nostalgic middle section allows appreciation of the LSO's sensitive, yet passionate, playing and accords with the conductor's predominantly melancholic concept of this movement. Gergiev is at his best in the second movement's phantasmagorical waltz in which the conductor's liberal use of rubato works to the advantage of this spectral and hesitant, not to say macabre music. with its shifting harmonies, and polychromatic orchestration. The concluding dance is delivered by the LSO with thrilling virtuosity and panache, though it is a shame that Gergiev does not allow the final tam-tam stroke to die away gradually to silence.

Gergiev's account of Stravinsky's 'Symphony in Three Movements' is very powerful, some might say brutal, in the outer movements, but the central 'Andante' has a beguiling and unexpected delicacy thanks to the marvellously responsive playing of the LSO wind section. The finale is performed with commendable accuracy and impact. Though it definitely does not disappoint, in the final analysis, Gergiev's strong and uncontroversial performance, fails to match the thrust of the composer's own 1961 account or, on SACD, that by Kristian Järvi To the New World and Beyond - Kristjan Järvi.

As with almost every disc I have heard recorded in the Barbican and issued by LSO Live, this one benefits from being played at a high volume setting – the maximum you can manage in your domestic situation – in order to achieve the best possible sound quality from it. Played too quietly the sound appears opaque and lacking ambience, but at high level it springs into focus and its wide dynamic range and vividness can to a large degree ameliorate the dry acoustic. The slam of the bass drum in both works is spectacular, as is the clarity of the other percussion, whilst the surround speakers do effectively capture a surprising amount of reverberation from the Barbican concert hall.

A fascinating coupling then, though perhaps not a first choice for either work individually.

blinked at this SACD. The coupling is two concert hall showpieces which have cracking performances and recordings some sixty plus years previously by the same orchestra under Goossens recorded by Everest in about 1959. These were state of the art then benefiting from Everest's technology, three channel stereo half inch tape, Church modified MGM Neumann microphones direct from Hollywood, the first class acoustics of Walthamstow Assembly Hall, engineered by the legendary Bert Whyte. What really distinguished these recordings was the sense of scale and stereophonic depth achieved and the refined powerful playing of the LSO then, especially in the winds, but above all the direction of conductor Eugene Goossens who shapes and controls the music with superb results. It's a lesson in the evolution of recorded sound. Compared alongside the single disc SACD with the same orchestra under Gergiev might appear to be a hands down winner. But it isn't. There is improved clarity. But the overall sound lacks scale and excitement. Tempo and pacing are a bit haphazard. The contemplative quiet sections lack the dreamy playful instrumental interplay while the crescendo lack the real heft and even the sit-up-and-listen deep bass thud recorded in 1959. If you go for aggression over everything else then Oue on RR (Reference Recordings RR-96CD) will probably suffice in the Rachmaninov and Maazel in the Symphony in Three Movements on RCA for the other work. ASO Media (CD 1003) Spano coupled with a formidable Piano Concerto No3 from Ohlsson is an ideal coupling in great sound I actually prefer to Oue despite RR 24 Bit recording also available in SACD. However, for sheer musicality and wonderful concert hall sound in straightforward stereo with minimal spot miking or multi tracking effects the Everest Bert Whyte recordings of 1959 are impossible to better. While Everest's legendary pioneering 35mm recordings from the same era have been remastered to stunning DVD-Audio and just recently in Japan by King Records to SACD, the half inch tape albums of which these comprise have not received this attention. However, secondhand copies of the 20 Bit SBM remastering to CD by Omega Records (Vanguard) are readily available and should be added to any golden age stereo collection as essential discs. Another iconic classic recording of the Symphonic Dances which has never gone out of circulation is the noted 1960s Dallas Symphony Orchestra under Donald Johanos. A Vanguard recording again on half inch tape running at 48 ips this can now be purchased in audiophile 45rpm vinyl and SACD. Earlier standard 16 Bit remastering to a double CD "VOX BOX" coupled with Ives are equally good with far more punch, surprise and detail than the confused mess served up by Gergiev at The Barbican. Seek it out as a good secondhand bargain. If you can find it! As follows: Stravinsky Petrouchka/Symphony in Three Movements (EVC-9042) Omega; Rachmaninov Symphonic Dances/Stravinsky Le Sacre du Printemps (EVC 9002) Vanguard Classics 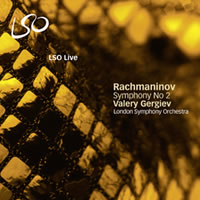 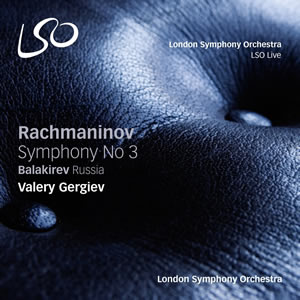 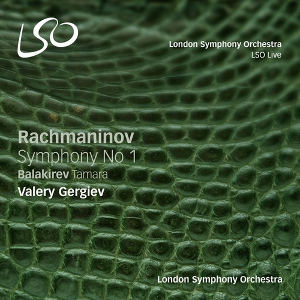 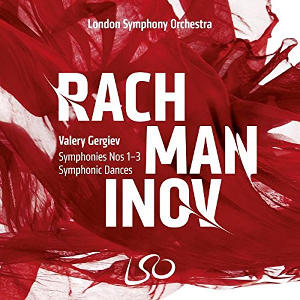