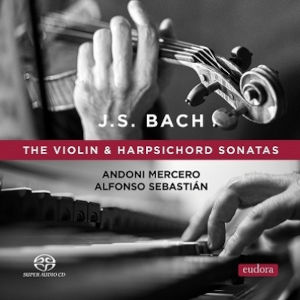 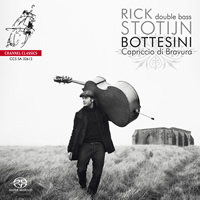 
The music of Giovanni Bottesini is a must for double bass players. It was a dream-come true for me to have the opportunity to record my favourite Bottesini pieces with my favourite ensemble Amsterdam Sinfonietta, who I have so enjoyed working with for the past ten years. And it is an unforgettable experience to make a recording with friends including the top soloists Liza Ferschtman, Monika Leskovar, Candida Thompson and Hans Eijsackers, not to forget my own sister Christianne.

Giovanni Bottesini (1821-1889) a much-travelled conductor, composer and most importantly virtuoso bassist, is hardly a household name these days and he is perhaps often only mentioned as the conductor of the premier of Verdi's 'Aida' in 1871. However, his richly melodic compositions featuring the double bass are prized by exponents of that instrument for elevating its status from merely a member of the orchestral string section to that of a worthy soloist.

Rick Stotijn, who is currently principal double bass with the Amsterdam Sinfonietta and the Swedish Radio Symphony Orchestra, has assembled a varied programme of Bottesini's captivating works for double bass that are instantly appealing to the listener whilst also managing to demonstrate the astonishing range and possibilities of the instrument.

The two longest works on the disc are the 'Grand Duo Concertant in A Major for Violin, Double Bass and String Orchestra' and the 'Duo Concertant on Themes from Bellini's “I Puritani”' in which the violin is replaced by a cello. The first of these was originally written for two double basses and orchestra, but is played here in the later version for violin, double bass and string orchestra arranged by Duncan McTier . In this piece Bottesini's florid writing for the two solo instruments show that Rick Stotijn's bass can match Liza Ferschtman's agile violin playing not only in the hair-raising rapid figurations in which the piece abounds, but also in the work's lovely cantabile melodies.

Bottesini's love of opera (he composed no less than thirteen!), and especially 'bel canto', led him to write a number of arrangements based on themes borrowed from Bellini - the master of that genre. The 'Duo Concertant on Themes from Bellini's “I Puritani” falls into two contrasting sections.
Those familiar with Bellini's opera will revel in the lyrical outpouring of gorgeous melody in the opening section taken from the aria 'Ah te, o cara' and be astounded by the dazzling articulation in the later section shown by Rick Stotijn and his partner the equally talented cellist Monika Leskovar.

The two chamber works for double bass and string quintet included on this disc are equally beguiling. The 'Grande Allegro di Concerto 'Alla Mendelssohn'' inspired by Mendelssohn's E minor 'Violin Concerto' and written in the same key, has a fluency and charm worthy of the German composer's finest chamber music, while the 'Capriccio di Bravura in A major' rises from its reflective opening Andante to heights of technical dexterity that Rick Stotijn negotiates with effortless ease. Both works are performed in new arrangements by Wijnand van Klaveren.

It was a happy idea to include two of Bottesini's songs 'Une bouche aimée' and 'Tutto che il mondo serra' between the two quintets. These are sung by Rick Stotijn's sister, the lovely mezzo-soprano Christianne Stotijn, accompanied by the pianist Hans Eijsackers with her brother playing the obbligato bass part. Both songs are delivered with this singer's customary intensity and ardour, though one can detect a slight sense of strain in the more taxing passages of the latter song.

The playing of the Amsterdam Sinfonietta (and Rick Stotijn's colleagues in the quintets) is, as we have come to expect from this fine body of musicians, superb. Channel's 5.0 DSD multi-channel recording has a lovely open sound capturing realistically both the rasp and legato sound of Rick Stotijn's instrument in equal measure.

Both in terms of its imaginative programming and marvellous execution of the music by the artists involved, this is a wonderful SACD enriched by Channel's exceptionally vivid recorded sound.

Enthusiastically recommended - a disc not to be missed.

If you are a double bass lover as I am, this disc is for you. I was impressed with it from beginning to end. I typically have to lower my subwoofer volume a couple Db when listening to music and that would be helpful here. Lots of double bass notes throughout and having your subwoofer blend well with the rest of your system is important. Violins, viola, cello all competing with the bass notes will keep you focused through the entire album. To hear the double bass sing with the violin is thrilling. Bass notes interweave with delicacy rather than sound boomy. All in all, I truly enjoyed this disc.