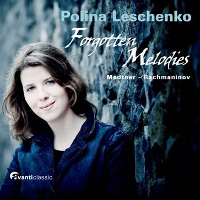 Like her Liszt recital before (Liszt: Sonata etc - Polina Leschenko), this disc from Leschenko will likely delight as many as it frustrates.

Opening with the two miniature Levitzki pieces, there is a beguiling insouciant character to Leschenko's playing and she manages to make the Valse 'Amour' melt into the opening of Arabesque Valsante. After that limbering up, Leschenko hurls her prodigious technique into the Rachmaninov. She plays the Horowitz version whereas Sudbin in his marvellous Rachmaninov disc (Rachmaninov: Piano Music - Sudbin) gives a modified version, so the two are not directly comparable. As one might expect of someone who has spent many years under the tutelage of Martha Argerich, Leschenko presents a very different picture than Sudbin's yearning for clarity (although I am not suggesting that he ever loses sight of the emotional undercurrents). Her's is a tempestuous, impulsive world which some will find compelling, others may dismiss it as episodic. No-one could doubt that the bravura passages here are anything but thrilling and the dynamic range afforded to the music is often lacking in live performances - the close of the opening movement is remarkably touching. Taken on their own terms I find both Leschenko and Sudbin compelling and would not want to live without either - a question of mood will determine who gets picked next time.

The bulk of this disc is devoted to Medtner and, thankfully, gives us more than just the widely recorded first part of the Forgotten Melodies I cycle (the Sonata-Reminiscenza). Leschenko has the SACD field to herself but even when compared to the likes of Emil Gilels (RBCD), she holds her own if not quite managing to cast the same entrancing spell. Unlike the Rachmaninov, the playing here comes across as far more self-effacing (arguably too much so in the Sonata-Reminiscenza) but the other movements glisten with delicacy and brilliance by turns.

The recording is sadly balanced too closely, in almost every work the pedal mechanism is audible - even during forte (or louder) passages. As one might also expect, in the louder, denser passages, the sound also becomes congested which is a shame because it undermines the very real keyboard triumphs that are heard.

A frustrating disc from the sonic standpoint, sensational from the artistic (although, the Rachmaninov will certainly not please everyone) - recommended with caution & reservations. 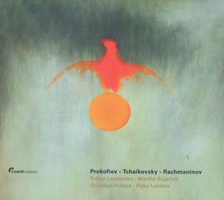 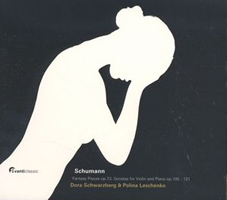 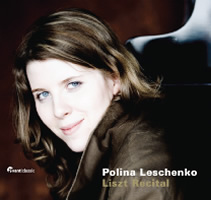