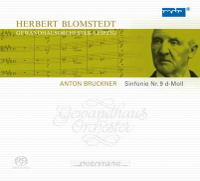 In a recording of wonderful range, this completes a wonderful cycle of Bruckner's symphonic output.

Opening with a barely audible whisper, the carefully structured declamations of the woodwind, brass & timpani are easily heard above the strings before the motific dialogue commences with all sections of the orchestra. The terracing of dynamic levels by the Leipzig players is made all the clearer thanks to the recording judging the perfect balance for the microphones (in common with the remainder of the cycle, this derives from live performances) such that the audience is almost inaudible whilst presenting a cohesive sound picture of the Gewandhaus. Blomstedt's way with rubato is persuasive, so much so that it frequently feels like he barely makes use of it; a less "involved" listening reveals the falsehood of such a statement.

The antiphonally placed violins makes, even in this work, to open up textures as few accounts have done in high-resolution and they provide a wonderful sheen to the glowing brass that permeates this work. As with other discs in this cycle, the greatest trick that Blomstedt & his Gewandhaus players pull off is the feeling of utter spontaneity combined with an unerring sense of inevitability. At around 16'30, Bruckner manages to prefigure one of the variations in the final movement of Mahler's 9th symphony, something that had escaped my attention despite hearing numerous alternative accounts - thanks to these artists for revealing that to me (at last!) The great, gradual crescendo to the towering climax of the first movement is unerring built and paced with each diversion from the final goal never disrupting the enormous momentum; in a show of apparently unforced power, Blomstedt & his players are devastating.

In the Scherzo, the staggering dynamic range afforded to the players is perhaps even more evident than in the first movement thanks to the large amounts of pizzicato playing called for by Bruckner; the following tutti passages are altogether more dramatic as a result. The central Trio has little, if any, in the way of relaxation of tempo but such is the grace of the playing that this never feels remotely pressed.

Unlike Bruckner: Symphony No. 9 - Rattle, Blomstedt eschews the latest edition from Carrigan (et al) that includes a completed fourth movement in favour of Benjamin Gunnar Cohrs 2000 edition that, for all its clarifications, still gives the familiar 3 movement work. Despite the endlessly probing nature of the score, the Leipzig players make it sound as though they have played a countless number of times in this way before. As in great accounts of not just this work but other valedictory finales, time seems to stand still and although there are many opportunities to reveal their presence, the audience seems as spellbound as this listener. The coda affords a stillness that the audience does not break for nearly 15 seconds but time has stopped by now and if ever there were cases for having a separate track for applause, this is surely one of them. That gripe aside, the Leipzig forces have rarely been heard on disc in such a wonderfully revealing sound and together with illuminating notes, caps a very important release.

One of the very best recording and performance of this masterpiece. Spitzenklasse! 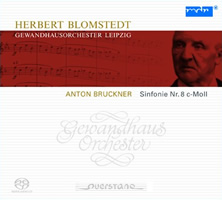 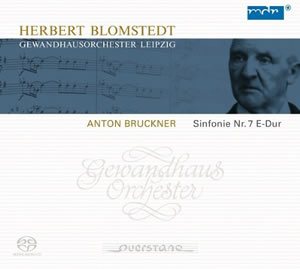 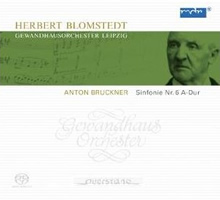 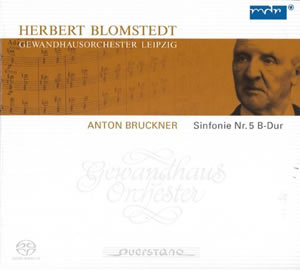 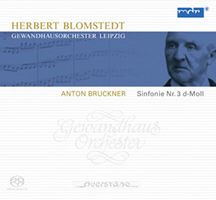 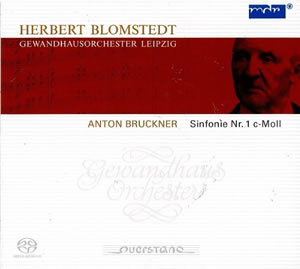 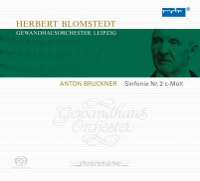 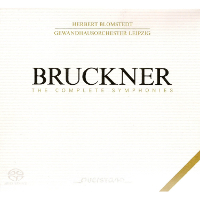