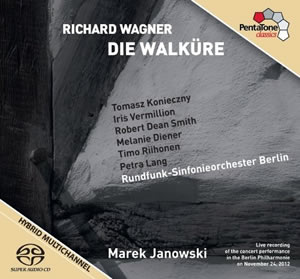 The thrilling opening bars of Act 1 of 'Die Walküre' are always special in performance, but the way in which Marek Janowski and his wonderful Rundfunk-Sinfonieorchester, Berlin tear into them on this new PentaTone recording of the opera is absolutely electrifying. The fury of both the emotional and the natural storm depicted in this music is immediately communicated to the receptive listener.

Throughout this recording the magnificent quality of the orchestral playing is obvious in a performance that finds both Janowski and his orchestra at the top of their game culminating in the most thrilling account of Act 3 that I can remember ever hearing.

As in the seven Wagner operas already released, swift tempi characterise Janowski's account of this score. Timings are: Act I 63'51”, Act II 88'.07” Act III 64' 31' making this almost the swiftest 'Die Walküre' on record.

Once again Janowski assembled a wonderful cast of some of the outstanding Wagner singers of the present day for the concert performance of 'Die Walküre' that took place in the Phiharmonie, Berlin on 24th November 2012 from which this recording derives. What many will wish to know is how Janowski's cast compares with that on Valery Gergiev's recent recording of this opera Wagner: Die Walküre - Gergiev.

The Siegmund of Robert Dean Smith is excellent. Though he is not endowed with a voice as sheerly beautiful as Jonas Kaufmann, he uses it magnificently, bringing a wealth of experience to his portrayal of the Volsung hero. In the live concert, he was the only singer who sang without a copy of the score in front of them and he acted the part as if on stage in the opera house. His absolute command of the role, to which he is ideally suited, is indisputable and his singing in both the lyrical and heroic aspects of the score is total assured.

Janowski's choice of Tomasz Konieczny to sing 'Wotan' is an astute one, and here he makes an even more favourable impression than he did in 'Das Rheingold' Wagner: Das Rheingold - Janowski . Most appropriately this fine Polish bass-baritone conveys the God's bitterness, and throughout he delivers the text with great clarity and understanding. His is a harder, more gruff, voice than Gergiev's René Pape, but he is equally convincing in a strikingly different interpretation of this multifaceted role. Often his firm and well-projected voice suggests something of the quality of the great George London, and his Act 2 scene with the vitriolic 'Fricka' of Iris Vermillion is absolutely gripping – leaving one in no doubt as to why this 'Wotan' succumbs to his wife's demands. His long narration with 'Brünnhilde' that follows also impresses in a passage of the opera that can seem over-long unless, as here, both singer and conductor maintain a firm dramatic impulse.

Melanie Diener is a very fine 'Sieglinde', perhaps less youthful sounding than Anja Kampe, but more in control of her vocal resources, and she delivers much fine legato singing. In Act 1 her restraint accords with the character's insecurity, but her performance gains in strength as the work proceeds and it builds to a magnificently radiant “O hehrstes Wunder” in Act 3.

Arguably the most exciting singing comes from Petra Lang who has recently added 'Brünnhilde' to her impressive repertoire of Wagner roles. Petra Lang has a most individual and distinctive voice and applies her wide experience of many other Wagner roles to this one. She demonstrates both exceptional vocal prowess and a theatrical flare familiar to those who have seen her on stage. Her war cries at the opening of the second Act have a gleaming brilliance and accuracy, while unsurprisingly for an artist that numbers 'Kundry', 'Ortrud' and 'Brangäne' amongst her roles, she is entirely comfortable with the the low lying vocal line of the 'Annunciation of Death' scene. Her identification with the character of the youthful 'Brünnhilde' is remarkable and it will be interesting to hear how this develops when 'Götterdämmerung' is released later this year.

Iris Vermillion is an indignant 'Fricka' who effectively conveys her disgust at the incestuous relationship between the Volsung pair. Though her artistry is not in question she can sometimes sound somewhat strident and does not match the more youthful and attractive portrayal of Ekaterina Gubanova for Gergiev. The Finnish bass Timo Riihonen is a firm voiced 'Hunding' with dark malevolence in his delivery. His placement further back-right on the platform in no way diminishes the power of his presence.

The eight Walküren are both well-contrasted vocally and strongly sung. They all sing from the left hand side of the crowded Philharmonie platform with no attempt being made to reproduce stage movement; unlike those heard on some other recordings (notably Solti and Gergiev).

As in the earlier issues of this tremendous Wagner odyssey the recording team have achieved an outstanding sound quality in the tricky acoustic of the Philharmonie; one that skilfully balances voices and orchestra so ensuring that Janowski's care with orchestral nuance is always made apparent. The quietest taps of the timpani, the growling of the low brass are all captured with unprecedented clarity by the engineers. The string sound, whether in tutti or individually, is vivid and realistic as confirmed by the ravishing cello solos from Konstanze von Gutzeit in the work's opening act.

The set is accompanied with a full German /English libretto and valuable background notes on the opera by Steffen Georgi.

An absolutely clear choice between the Janowski and Gergiev recordings for this, the loveliest and most human operas of 'Der Ring des Nibelungen' is impossible to make. One's personal view of singers, conductor and recording quality will for most listeners be the overriding factors to consider. However, there can be little doubt that it is in the long Act 2 that Janowski scores over Gergiev. Janowski's impetuous conducting and constant forward thrust is simply not matched by Gergiev who often sounds becalmed in this Act, even plodding at times.

For this listener the combination of Janowski's fine cast, gripping conducting, vivid recorded sound and above all the supple, richly detailed playing of the Berlin Rundfunk-Sinfonieorchester make this an unmissable account to rank with the finest available on disc.

An unqualified recommendation is fully warranted. 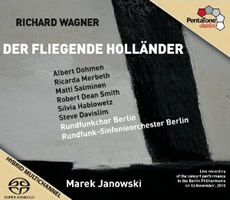 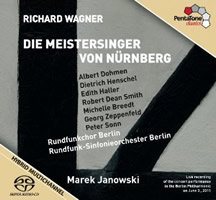 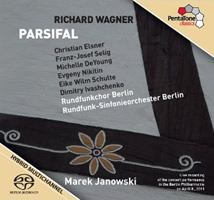 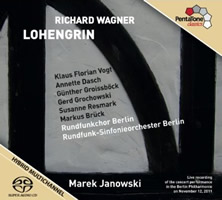 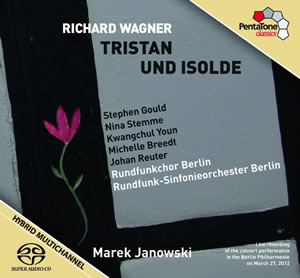 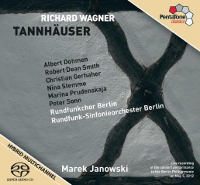 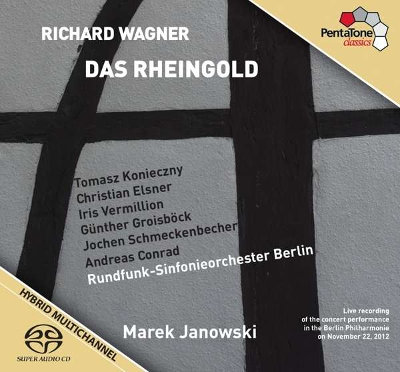 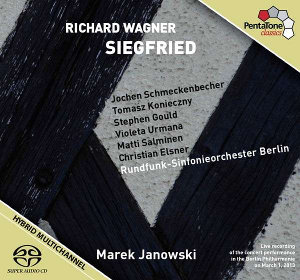 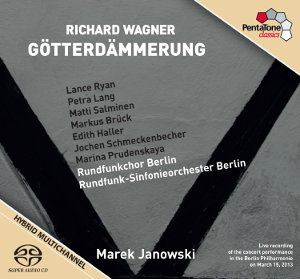 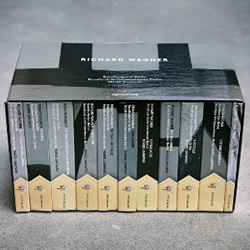 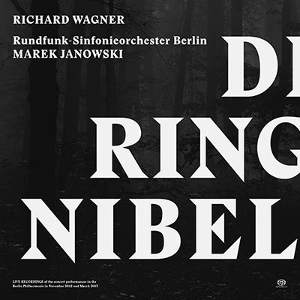 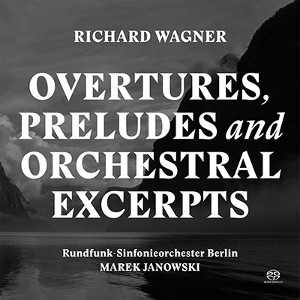