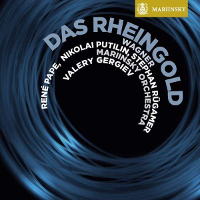 
Recorded in the sumptuous acoustic of the Mariinsky Concert Hall, Das Rheingold is led by René Pape in the role of Wotan. Pape is ably supported by an international Wagnerian cast, and 'Gergiev's absolute mastery of this orchestra,' (Wagner News) is in evidence once again in a tremendously dramatic performance.

Der Ring des Nibelungen was the pinnacle of Richard Wagner's long and turbulent career and without question one of the greatest achievements in opera. Wagner wanted to create the perfect synthesis of music and drama and assumed total creative control of the project which was to take him 26 years to complete, with frequent interruptions. He introduced numerous innovations, not least the sheer scale of the project – typically a complete performance will last in excess of 15 hours, spread over four evenings. No other opera matches the scale or ambition of the Ring.

The Mariinsky Theatre has close connections with Wagner and his music. The composer conducted at the theatre and was even offered the post of Music Director. It is also believed to be the first place where any of the music from the Ring was performed. Since Valery Gergiev became Music Director of the Mariinsky, Wagner's music has once again become a core part of the theatre's repertoire, both in St Petersburg and on tour. The Mariinsky label's recording of Wagner's final opera Parsifal starring René Pape, Gary Lehmann and Violeta Urmana, was released in 2010 to international acclaim.

Other Wagner recordings available on the Mariinsky label include Die Walküre and Parsifal.

Hot on the heels of Marek Janowski's very fine recording of 'Das Rheingold' for PentaTone comes this, the second release in the Mariinsky label's Ring cycle that follows their impressive 'Die Walküre' released earlier this year Wagner: Die Walküre - Gergiev.

In that opera Gergiev had a cast of predominantly top international Wagner specialists, but here twelve of the fourteen cast members are Russian – the only two non-Russian singers being the bass-baritone René Pape (Wotan) and the tenor Stephan Rügamer (Loge).The results of this 'home-grown' casting demonstrate, for the most part, the very high standard of singing from members of the Mariinsky company as well as their increasing familiarity with Wagner interpretation. Much of the credit for this must be given to Valery Gergiev who has over recent years demonstrated his tireless commitment to both the music of Wagner and the Mariinsky.

René Pape is an imposing 'Wotan', here making an even greater impression than he did in 'Die Walküre' . His rich, velvety and beautifully projected legato singing are a constant joy throughout this recording while his immaculate diction and complete identification with the character confirm his pre-eminent position as one of the most accomplished Wagner interpreters of our time. Try Disc 2 tr. 14 “ Abenlich strahlt der Sonne Auge” to get a flavour of his consummate performance.

As Wotan's long-suffering spouse Ekatarina Gubanova, who made an excellent impression in Gergiev's 'Die Walküre,' is once again a warmly expressive 'Fricka'. She sounds more youthful than many mezzos on disc who have undertaken this role and her poised singing encapsulates both Fricka's dignity and her disappointment with her errant husband.

The giants, Fasolt and Fafner are sung magnificently by Evgeny Nikitin and Mikhail Petrenko both of whom now have huge experience of singing Wagner outside Russia. Their dark well-contrasted bass voices sound absolutely ideal for these roles and needless to say they have an excellent command of German notwithstanding a trace of Slavic inflexion.

Nikolai Putilin is a dramatic and malevolent sounding 'Alberich' . He uses his powerful voice to great effect in a well-rounded interpretation of this key role. The vivid depiction of his brother, the sly and cowardly 'Mime', by Andei Popov might be regarded as too histrionic for some tastes, – the performance of Gerhard Stolze heard as 'Mime' on the Karajan Ring comes to mind – but he really makes the character come alive.

Stephan Rügamer's elegantly sung Loge brings a welcome touch of bel canto to this rewarding role, though his fine singing never fails to portray both the humour and wily nature of the character.
The performances of the other gods vary in quality from the majestic and splendidly sung 'Donner' of Alexei Markov whose “Schwüles Gedünst schwebt in der Luft” is especially thrilling to the disappointing Freia of Viktoria Yastrebova whose woolly diction requires use of the libretto to follow her words. The same criticism regarding diction could intermittently be levelled at the three lively and most attractively sung Rhinemaidens, though this could be due to their placement some way back in the sound picture. Zlata Bulycheva makes a good impression as a vibrant and imposing 'Erda' delivering her warning forcefully from the rear of the platform.

Gergiev's command of the score is most persuasive and his interpretation rarely, if ever, fails to convince. His steady unfolding of the narrative never lacks dramatic thrust, thanks above all to the superlative playing that he elicits from his mahogany-toned Russian orchestra with its sonorous burnished brass, crisp percussion and distinctive woodwind. The orchestral passage that links scenes 1 and 2 of the opera perfectly demonstrates Gergiev's subtle control of his forces as we move from the depths of the Rhine to spacious mountain heights, while the descent into Nibelheim (Disc1 tr. 14) is absolutely spine tingling with terrific sounding anvils. These are just two passages of many on this recording that make listening to it such an enthralling experience.

This recording was compiled from concert performances given in the Concert Hall of the Mariinsky Theatre between 2010 and 2012. In spite of this wide time span there is no audible evidence of any changes in the overall sound. The producer is James Mallinson and the engineer is Vladimir Ryabenko who was also responsible for the editing and mastering of the 5.0 multi-channel recording – no specific mention of any involvement from Classic Sound on this occasion.

The aural picture has a quite different perspective from that accorded to Janowski. Here the listener is placed rather less close to the platform and some of the singers are clearly behind the orchestra which gives a balance more akin to what one would hear in the opera house, with voices occasionally dominated by the orchestra. In addition, Gergiev's seating of his players, with violins divided left and right and basses far left, also alters the overall orchestral balance to produce a sound which is more coalesced than on the Janowski version. The surround channels are only used to provide extra ambience to a sound-stage that is both wide and deep.

The presentation of this two-disc set is excellent as usual from the Mariinsky label, and includes a full German/ English libretto as well as brief biographies of all the singers.

As I have hopefully made clear, in terms of continuity Gergiev is less radical than Janowski, but no less compelling and his cast is equally fine. Overall timings do on this occasion accurately reflect the pacing of the work by Janowski and Gergiev. Janowski 140' 27”, Gergiev 147'42” while for comparison Solti comes in at 145' 45”.

Wagner devotees now have an embarras de richesses, even on SACD, and will find it difficult to make a choice between these two excellent though very different accounts of 'Das Rheingold'.

The choice is yours. 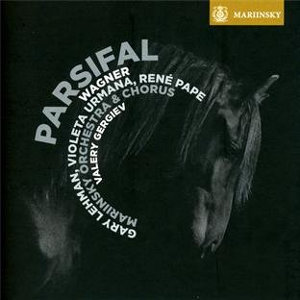 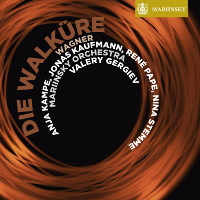