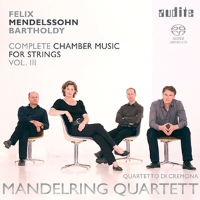 
Felix Mendelssohn did not write his six mature string quartets continually, but instead at particular pivotal points in his life and compositional career. In his youth, studying Bach and Beethoven proved to be fruitful, and later in life he was inspired by the exceptional violinist Ferdinand David to write his three Quartets Op. 44 between 1837 and 1839 (represented on this SACD by the final work in E flat major). They document the mature, formally assured Mendelssohn who sums up his instrumental writing: brilliantly composed (particularly for David's violin), full of colour and formal attractions, romantic in their conduct.

After completing his Quartet Op. 80 (contained in the second volume of the complete recording), Mendelssohn had not much time left to revisit and renew the string quartet. Two single surviving movements - a tenderly transfigured, but also irascible, Andante with five variations and a whispering Scherzo - were integrated into Op. 81 after Mendelssohn's death. To Mendelssohn admirers, this Scherzo is faintly reminiscent of the Scherzo in the Octet Op. 20 with which the sixteen-year-old Felix, in a coup de main, created a new genre: "symphonic" chamber music where all "pianos and fortes need to be very precise and clearly separated and more distinctly emphasised than it is normally the case with pieces of this genre." The jubilant opening of the octet, the romance-like Andante, the elastic, elf-like Scherzo and the rapid fugal finale - every movement is proof of the resourcefulness and the youthful genius of this "lovely episode in German music", as Friedrich Nietzsche once referred to the composer Mendelssohn.

As per usual, excellence from the Mandelring players although some may find one note in the octet a bit too much to live with.

The Quartet opens the disc and there are times in the opening allegro where even the Mandelring's sound as though they are coming close to the limits of their dexterity; perhaps the decision to sit (as they usually do) the two violinists together does not help the case for clarity or feeling of space when two very fast moving lines are so close together in the aural picture. The Scherzo sees more of the dazzling writing, although this is moderately more dominated by the first violin so the congestion dissipates somewhat. The beautiful, tender andante is played just "so" and the direct eloquence of the playing speaks readily to the listener. The finale is similar to that of the more famous Octet: fearsome passage work enveloping more reflective, melodic material. The voltage here (as in the other fast movements) is extraordinary and it has one gasping for breath at times such is way that phrases are tossed around the quartet with complete virtuosity that is bent to sound as simple as possible.

In between the two major works, two of the (posthumously collected) Op. 81 pieces are played as if they were palette cleansers. The first is played with dedication but at no time do the Mandelring players seek to imbue it with meaning beyond the Mendelssohnian sound world. The second is a(nother) quasi Midsummer Nights Dream Scherzo (or perhaps, given the octets presence here, the scherzo from this masterpiece) and sensibly, the Mandelring Quartett plays it in a similar style.

And so to the Octet, arguably the most celebrated work for 8 players of any configuration and certainly the piece with which Mendelssohn first announced that he was worthy of admission to the very highest rank of composers. Some will want comparisons to be made with Mendelssohn: String Octet, Piano Sextet - Prazak & Kocian Quartets and Mendelssohn with the ACO; all three have their relative strengths and weaknesses. The version on Praga is perhaps the "safe" library choice: it has no real weaknesses, is well characterised and reasonably well recorded. The account on BIS takes one by the scruff of the neck (the finale in particular is astonishingly quick - a full 30-40s faster than either this or the account on Praga) but one often feels that this is achieved at the expense of a rounded sound; too often one hears more of the sound of the instruments than the notes that Mendelssohn painstakingly wrote down for posterity - a great shame for this account has a great many merits. Here, although not as "hi-res" as the others, the Mandelring & Cremona quartets are accorded the best balance overall - not too close (Tognetti and friends) and not too resonant (as is the case, by comparison with this release, on Praga).

Working backwards, from the finale (the reason for this will become apparent), and one finds superlative playing from the two quartets. Just as one cannot fault the unanimity of each quartet when playing separately, so it is here when they play together. The sheer exultant joy of the music comes across naturally with such clever pacing; it is not so quick as to be breathless nor in any way pedestrian - the characterisation that is shared by all 8 protagonists is clear to the ear and many phrases (and counterpoint) are heard afresh. The Scherzo is similarly well played and the demi-semi-quavers are arguably the some of the best articulated on disc (especially at this tempo) - they are fully integrated into the musical argument not dismissed (as too many seem to) as mere decorative writing for effect. As in the quartet earlier in the disc, the Mandelring and Cremona players respond to the quieter writing in the slow movement with a simplicity of expression that is really rather tender; the odd glissando is faithfully captured but these are unlikely to trouble anyone except the most ardent of HIP fans. When the dynamics rise though, so do the passions of the players and it is a most involving account. In the great opening movement, the syncopations drive forward the music for this account is perhaps more involving than the others. For the most part, the playing is beyond reproach and the balances are nigh on perfect; the lead violin part (Sebastian Schmidt) has intonation that leaves most others (including the two other accounts on SACD) in the shade. There is an irresistible momentum that sweeps all before it and is quite exhilarating (even on repeated hearing well into double figures!). But. Just before the middle repeat for the second time, the first violin note is inexplicably held so long that it feels like there is an extra beat inserted to that bar - for some this will be a deal-breaker. If only this weren't the case, this disc would be outstanding from beginning to end and I would have no hesitation in recommending it wholeheartedly. Perhaps this is an editing glitch (I'd hope so, just because we then have a chance of this disc being "corrected" and reissued)?

For those willing to take a risk of tearing out whatever hair they may have left or coming new to the work, it's (except for that one note apart) a marvellous experience. For anyone else, notwithstanding the marvellous Double Concerto pairing on BIS, the Praga disc is still the best bet for the library. I can't honestly work out how to weight the performances (barring the errant note in the octet, this is clear 5-star territory for the rest). 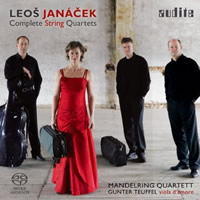 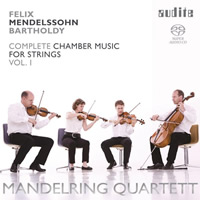 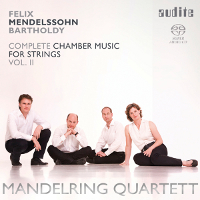 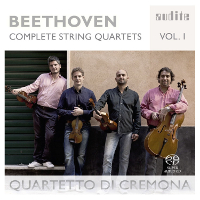 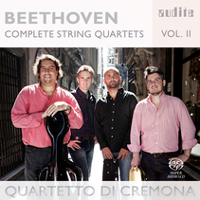 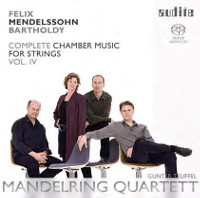 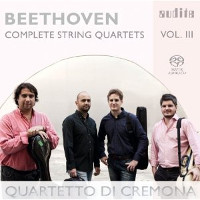 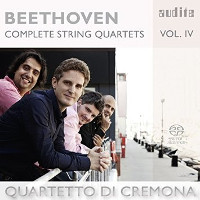 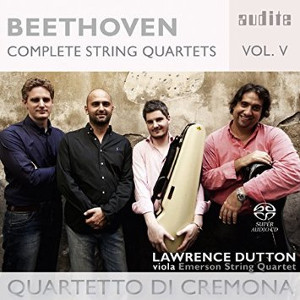 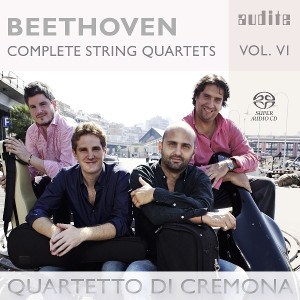