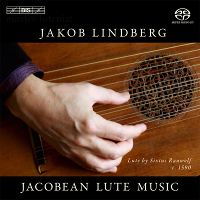 
From the reign of Henry VIII and onwards, the lute and its practitioners enjoyed the patronage of the very highest English society. Henry played the lute himself, as did his daughter Elizabeth I, who during one period employed as many as five lutenists at her court. In 1603, when she was succeeded on the throne by James I, the tradition was maintained: with his appointment of John Dowland the king increased the number of royal lutenists, while his queen, Anne of Denmark, played the lute herself. This royal enthusiasm for the lute influenced the aristocracy, and an English style of lute music was established. A large corpus of solo music has been preserved, mostly in manuscript sources, from which Jakob Lindberg has made a personal selection. This includes obvious candidates – such as John Dowland and Robert Johnson – but also pieces by the enigmatic Cuthbert Hely, whose work only survives in one single lute book, and by a certain ‘Gauthier' – possibly Jacques Gaultier, who had fled to England after killing an adversary in a duel.


The inclusion of this French lutenist also serves to highlight the abundance of French lute music in Jacobean sources, especially, as heard here, in the form of courantes. Another favourite genre in many lute books are settings, often anonymous, of Scottish folk music, and this is also reflected in Lindberg's selection.

One of the foremost exponents of the lute and this repertoire, Jakob Lindberg performs the programme on what is possibly the world's oldest lute in playing condition, built in c. 1590 – and thus almost exactly contemporary with the music on this disc.

The heyday of the lute began in the late 15th century. Arrival of new, elegant, long instruments, combined with the realisation that fingertips could play polyphonic music, brought about the first of many Golden Ages for the lute in Europe. Elizabethan and Jacobean England certainly enjoyed its own Golden Age, with the instrument having a high profile in Royal and well-to-do upper class circles. A second part of the English Golden Age began with the death of Queen Elizabeth (herself a devotee of the lute) and the installation of Mary Queen of Scots' son, James, who became King James I of England and VI of Scotland in 1603.

James established himself in England with a wife, two sons and a daughter, resulting in employment for many more musicians than in Elizabeth's court. Queen Anne (of Danish origin) employed some well-paid musicians herself, amongst them lutenists, while the two Princes, Charles and Henry, had separate households, each employing lutenists. Despite this, the amount of music written for lute (including lute songs) decreased compared with the Elizabethan period, for reasons which are not clear. The music for lute covered a range of forms; the more erudite composers such as the remarkable John Dowland continued writing introspective and improvisatory 'Fantasias', but the extravagant Jacobean Masque (a staged precedent of opera) overtook such weighty pieces, with dance forms such as Galliard, Pavan, Allemande, Gigue and Courante usurping Tudor gravitas. Good tunes were much in demand, so the entry of Scottish songs and tunes brought by the Scottish court also added a fresh element to the new Golden Age.

Jakob Lindberg needs no introduction; he is one of the greatest lutenists of our age, not just for his playing but also his research interests in lute repertoire as well as studying the evolution of the instrument. This present disc has a beautifully shaped collection of jewels from the Jacobean period, and it neatly illustrates the musical forms mentioned above, generously at 81'12". As for instruments, he plays on a unique lute by Sixtus Rauwolf, Augsburg, from c.1590. It has the title of probably being the oldest lute in playing condition, verified by dendrochronology of its soundboard. Lindberg brings from it a beautiful and subtle range of tonal colour from its different registers. The overall sound comes mostly from the gut or wire-wound gut strings.

Lindberg's command of the instrument is remarkable; polyphonic melodies married to counter-melodies emerge naturally, as if played with several hands. As well as exploiting the lute's rich lyric qualities, he displays crisp and clear articulation in the characteristic lutenist's "divisions", where ornamental speeding up of tunes becomes a torrent of notes, challenging the player's skill in producing clear articulation. Inward communing fantasias and preludes or outgoing lilting dances with simple tunes are communicated with equal grace and satisfying amusement.

The BIS engineers have placed Lindberg quite close (the lute is notably a quiet instrument) in the von Bahr Studio, Svinnege, Sweden, so that it sounds he is with you in person, seated just behind your front speakers. Multichannel strengthens the acoustical patina of the studio and adds to the sense of presence. The array of subtle timbres issuing from strings and soundboard is recorded with fascinating detail. Also adding to Lindberg's presence is a nearly continuous sound of soft fingers-on-fret noises, accompanied by some string squeeks, underpinned with quiet deep breathing. Although some listeners might find this distracting, I found it added to the image of concentrated music making, the tangible sense of live performance.

Once more the effect of recording a single instrument in SA-CD is demonstrated triumphantly by this album, which, given the prestige of such artistry from Lindberg, is quite self-recommending. Bravo to all concerned. 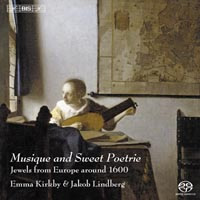 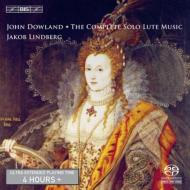 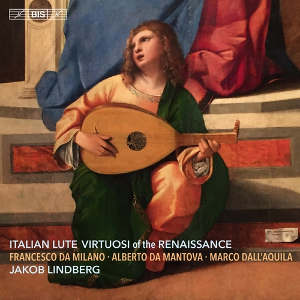 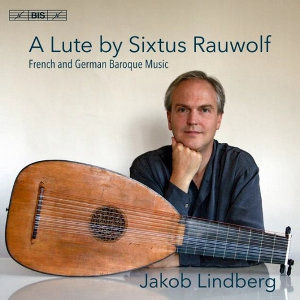 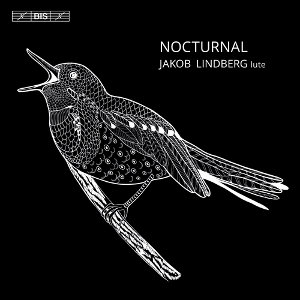