A Tribute to Oscar Peterson - Litton 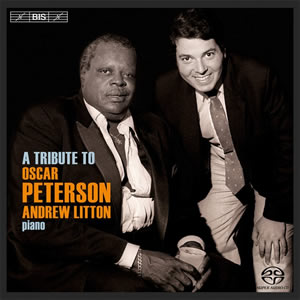 Harry Warren: Lulu’s Back in Town
Cootie Williams, Thelonious Monk: ’Round Midnight
Johnny Green: Body and Soul
Thad Jones: A Child is Born
Richard Rodgers: Little Girl Blue
Billy Strayhorn: Take the ‘A’ Train
Spencer Williams: Basin Street Blues
George Gershwin: How Long Has This Been Going On
Hoagy Carmichael: The Nearness of You
Harold Arlen: Over the Rainbow
Mercer Ellington: Things Ain’t What They Used to Be
Juan Tizol: Perdido


On his 16th birthday, Andrew Litton received an LP of Oscar Peterson playing solo. Litton was 'hooked', to use his own term: 'If I've ever experienced anything close to an epiphany, this was it!'

When he started to come across transcriptions of Peterson's improvisations Litton began collecting and learning them himself. He started with one of his personal favourites, Richard Rodgers' Little Girl Blue, using it as an encore when making appearances as a pianist. As he kept learning new improvisations, what Litton himself describes as 'a dream' took shape to record his own performances of some of these transcriptions as a tribute to his hero.

Litton's preparations for this very special recording have only gone to deepen his admiration for Peterson: 'He did things daily at the piano while spontaneously improvising that the rest of us spend a lifetime trying to achieve.'

Litton has made many recordings with BIS (most notably as chief conductor of the Bergen Philharmonic Orchestra) and is a highly esteemed and sought-after musician.

The subtitle of this disc, “Andrew Litton Plays Oscar Peterson Improvisations”, while literally correct, is both insufficient and potentially misleading; Andrew Litton did much more than ‘play’, and the works themselves deserve greater respect than is often accorded by the term ‘improvisation’.

Oscar Peterson’s solo recordings of popular songs and jazz standards, a dozen of which the orchestra conductor and classical pianist Andrew Litton painstakingly transcribed in preparation for this recording and his own concert performances, were themselves the end product of a lengthy and diligent process of harmonic analysis, stylistic choices, experiments in arrangement, voicing and fingering. Each solo at the moment of performance was the end result of years of rehearsal, and while they varied considerably from performance to performance, the path that led to that solo represented the culmination—in that moment—of the entire workings of the performer’s musical training and imagination.

In the twelve pieces that Litton recorded at Potton Hall, Suffolk in November 2012, the art of the transcriber and interpreter is superimposed onto the artistic production of the original piano solo. Oscar Peterson was a prodigious virtuoso. His solo performances incorporated a wide range of rhythmic and harmonic devices: he was an “orchestral” soloist in the tradition of the great Art Tatum. When Litton, a lifelong fan of Peterson’s music, heard pianist Steven Osborne play a Peterson arrangement at a party, he learned that Osborne had created his own transcription of that piece from a Peterson CD. After reviewing Osborne’s transcription, Litton took on the task, over several years, of creating a set of his own transcriptions of Peterson solo performances. Knowing how highly Peterson is regarded, not only by jazz music lovers but by classical pianists, Litton carefully checked his notated versions against the recordings, until he was satisfied that he had done justice to Peterson’s performances.

In doing so, Andrew Litton recreated those improvisations, which were intended as one-time events, into fixed musical works that Litton and other pianists could study, interpret and perform. This alone is self-justifying as a valuable contribution to musical pedagogy. The jazz composer/academic Andrew White transcribed hundreds of John Coltrane’s solos in order that students, musicians and composers could understand what Coltrane was doing—an understanding that eluded many of the purportedly expert and eminent jazz critics of the 1960s.

The sound recording in 24bit/192kHz was produced and engineered by Ingo Petry and serves the program especially well. Microphones appear to have been positioned relatively close to the Bösendorfer, but still capture enough room resonance to allow a very realistic representation of the piano.

Litton’s work on this SACD reflects his depth of experience as a conductor and classical pianist, and the rigorous process of transcribing, listening, correcting and finally realizing these pieces. The twelve performances are interpretive, not merely imitative. The ballads, (“Little Girl Blue”, “The Nearness of You”), are shaded with subtle use of pedal and rubato. In the showstoppers (“Body and Soul”, “Perdido”) Litton plays with joyous energy and formidable technique. This is not Andrew Litton trying to sound like Oscar Peterson, but rather a declaration that musicians could learn from his genius by actually playing his music, rather than copying his style.

"A Tribute to Oscar Peterson" is a delightful listening experience. Because of the florid, encore-like quality of many of the pieces, it may best be enjoyed three or four tracks at a time. 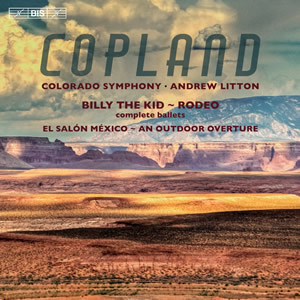