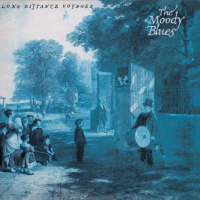 A number of albums from The Moody Blues were released in the SACD format during 2006 and 2007. One glaring oversight was the failure to release "Long Distance Voyager" (from 1981), and one of their best, in SACD. This omission was corrected in 2014 with the SHM SACD release by Universal Japan. Maybe it was worth the wait as the audio quality is truly outstanding!

As a forward, and after my first listen of this SHM SACD in its entirety, the initial impression was a noticeable lackluster quality to the audio. I responded by repeatedly playing "Long Distance Voyager" (5-6 times) with the volume off. Then I listened with the volume turned back on and immediately noticed a significant improvement in the the audio as the dynamics 'opened up'. I have a large number of SHM SACDs in my collection and previously encountered this audio result with a few discs, notably The Who: Who's Next and Steve Winwood: Arc of a Diver. What is the reason for such a change? Is it related to the plastic coating applied to SHM discs? Perhaps but it would be just a guess on my part. If anything is to be learned, it is do not make quick judgements based on your first impressions of audio quality. Nevertheless, and it is important to point out, my review is based solely on the outcome of listening to "Long Distance Voyager" for any benefits in high resolution audio..... it is not about perceived issues with the quality of sound from some SHM SACD discs.

I also have a copy of the Mobile Fidelity Sound Lab (MFSL) Gold CD of "Long Distance Voyager" and utilized it for a comparison against the SACD. I always considered the MFSL of "Long Distance Voyager" as exhibiting excellent sound quality. However, in my opinion, the SHM SACD proved to be quite a surprise as it has clearly superior audio over the MFSL. The SACD is brighter with much better transparency. The bass on the MFSL sounds somewhat muddy compared to the SACD on which it is noticeably quite firm emitting this deep tone.

Just a note on the opening track "The Voice". I heard a slightly narrow sound which I ascribed to the original recording/mix of this song that is confirmed by the same characteristics on the MFSL. However, the remaining 9 tracks were very dynamic with that smooth orchestral-type Moody Blues sound. The soundstage was very broad for the remaining tracks with exceptional depth and ambience.

As per the liner notes, DSD flat transferred from UK original analogue master tapes by Mick McKenna and Richard Whittaker, 2014. Edited in DSD by Masaru Takagi, 2011. 176.4kHz/24Bit transferred from DSD by Yumetoki Suzuki, 2014. To all involved..... just superb!

Finally, a few comments about the content of this album. "Long Distance Voyager" was a huge success reaching No.1 on the U.S. album charts. Two songs, "The Voice" and "Gemini Dream", reached the Top 20 as single releases. For me, there is more than hit singles on this album as the most important factor is the consistently excellence of the songs. My personal favourite was the standout track and last on the album, "Veteran Cosmic Rocker". This song was written by Ray Thomas whose lead vocals are supported with his striking harmonica solo and a melody resplendent with Middle Eastern elements.

"Long Distance Voyager" is one of the finest albums from The Moody Blues and another marvelous SHM SACD release from Universal Japan. From me, a very strong endorsement. 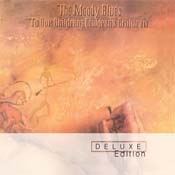 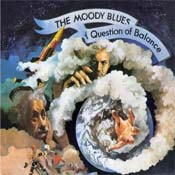 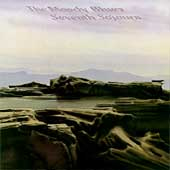 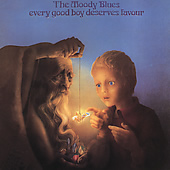 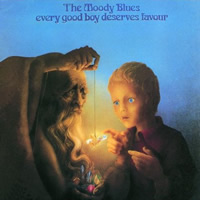