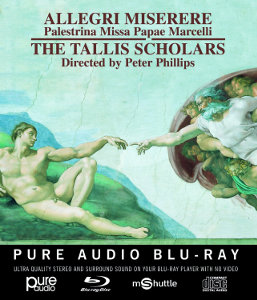 March and April 2005 at the Chapel of Merton College, Oxford
Resolutions (3)

Of all the many discs that cried out for a surround sound release compared to its original stereo-only incarnation on RBCD, this is surely one of those that gain the most from expanding the soundscape, in the Allegri especially.

This music is familiar to all devotees of the Tallis Scholars as well as the singers themselves; by way of illustration, they have performed the Allegri on more than 300 occasions(!) and this shows in the refinement of ensemble and nuanced expression that Peter Phillips and his highly regarded group of singers bring to this exquisite music. For this recording, I make this their third, we are treated to their glorious sound of this glorious music in hi-res sound for the first time. The sheer sense of distance and scale in the Allegri is a joy to the ear in both versions performed here when heard in surround sound. Opening the disc, the relatively unusual aspect is that the cantor (Andrew Carwood) delivers his incantations in the Tonus Peregrinus (to match the soprano line, not the more commonly heard Tone 2). Compared to Hear My Words, Choral Classics from St John's, the Tallis Scholars may sound a bit more refined yet others will miss the evocative sound that a treble brings to the soaring soprano line (arguably trebles are more HIP and the Chandos version perform the incantations in the more commonly heard Tone 2 if that is important to the listener).

After a respectable pause to cleanse the ear, Palestrina's Stabat mater sounds relatively restrained compared to the Allegri, yet the ardent passion conveyed in the singing is clear, as is the recordings remarkably distinct positioning of each and every part. The Tallis Scholars' rendition of Missa Papae Marcelli is also full of passion but here, a more tender aspect is also found in their singing. Again, one is spell bound by such evocative and flawless singing, aided by one of the best recordings this marvellous ensemble have ever been gifted: each voice can be identified with pin-point accuracy, yet they blend to form a wonderful cohesive whole. The same exalted standard of direction and singing is also to be found in Tu es Petras.

The second version of the Allegri finishes this marvellous disc, is arguably even more special than the first, for here Deborah Roberts is captured singing a snapshot of the extra embellishments (also notated in the translations so that one might understand better the gradual transformation of the material) with which she has experimented with over the last 30 or so years. The last such presentation leaves one in awe of the flawless intonation of all the quartet as they approach the penultimate cadence - a magical moment that gives one goosebumps every time it is heard.

The sound is flawless and given ideal depth and space for the repertoire. For those who have a screen connected to their Blu-ray player, a 16:9 crop of the cover image forms the backdrop for a tastefully restrained layout of the tracklist, credits & audio options. 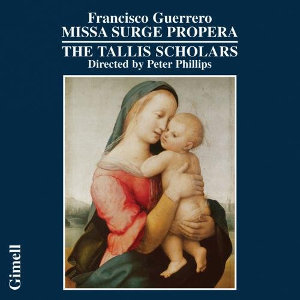 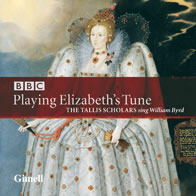