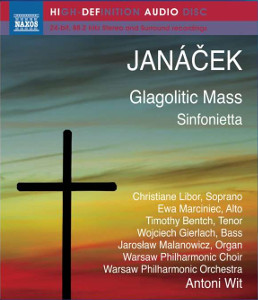 
Leoš Janáček’s dramatic Glagolitic Mass is set to a ninth century Old Church Slavonic text. With its highly individual synthesis of thunderous brass outbursts, rhythmic energy, radiant melodies and interludes of rapt contemplation, the work has established itself as a unique contribution to the choral repertoire. An avowed statement of his belief and patriotic pride in Czechoslovakian national independence, Janáček’s Sinfonietta uses spectacular large-scale orchestral forces. Both of these works belong to the composer’s last and most inspired decade, and represent his mature musical language at its most communicative.