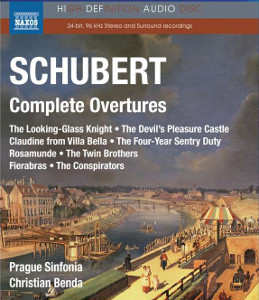 
Schubert wrote his first theatrical work when he was fourteen and his hopes of success in the genre, never truly realised, were long lasting. He wrote concert overtures and music for Singspiele (Song-plays), in some of which he was guided by his teacher, Salieri. The music for the melodrama Die Zauberharfe (The Magic Harp) is better known as the Overture to Rosamunde, but evidence of his captivating vitality, tunefulness and theatricality is everywhere to be heard.