This is an engaging performance which is notable for its clarity and simplicity, typical thoughtful and expressive as we come to expect from Sir Simon. The recording quality ... 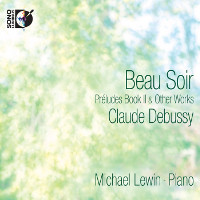 
Sono Luminus is proud to announce the latest project from Michael Lewin, Beau Soir - Préludes Book II and Other Works. It is a collection of popular works from one of the world’s favorite composers with his complete second book of préludes following the popular and critical success of Piano Phantoms (DSL-92168). This is the first time this music has been presented in stunning High-Resolution stereo and surround sound on Pure Audio Blu-ray (standard CD included in the package).

Lewin’s career was launched with top prizes in the Franz Liszt International Piano Competition in the Netherlands, the American Pianists Association Award and the William Kapell International Competition. Following his notable New York recital debut in Lincoln Center, The New York Times wrote that “his immense technique and ability qualify him eminently for success.” Since then he has concertized widely in solo recital, with orchestras, and as a chamber musician. This recording will be followed up by a recording to be done in 2014 which will have Préludes Book I and more Debussy favorites. 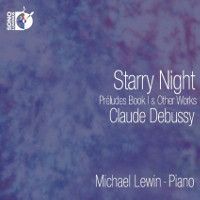