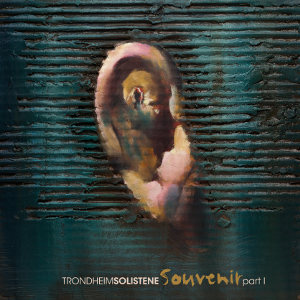 "Through its dynamic co-operation TrondheimSolistene (the Trondheim Soloists) and 2L has always sort to stretch the boundaries of what is possible to convey to the listener, aiming for the ultimate recorded listening experience. With the Serenade the team has taken things one step further with the TrondheimSolistene truly justifying their name. By placing each individual next to someone from a different voice rather than sitting in conventional sections we are working at the very outer limits of what is possible and creating chamber music at the highest level" - Øyvind Gimse, 2012.

We allocated two weeks in 2011 to record this new album. Artistic director Øyvind Gimse and his associate Geir Inge Lotsberg initially chose two pieces that represent, in their estimation, "the most beautiful music ever composer for the string orchestra": Tchaikovsky's Souvenir de Florence and his Serenade for Strings. Aiming for a 90 minutes program left 30 more minutes to record. So the orchestra and 2L logged on to Facebook and asked the listeners worldwide what they'd like to hear. And the audience responded: Nielsen's Suite Opus 1. A little gem that would exploit the Trondheim Soloists' singular way with Nordic repertoire.

Inspired by Morten Lindberg's extensive work with choral music, the Tchaikovsky's SERENADE was recorded with the ensemble placed in mixed voices, meaning no one is sitting beside anyone playing the same part, creating a totally new soundscape to the music. Carl Nielsen's SUITE opus 1 is recorded in a more "traditional" way in these sessions.

This is a glorious set, full of passion and repose as required.

The two Nielsen additions aside, this is a near direct mirror of one of the very first SACDs to see the light of day (Tchaikovsky: Serenade for Strings, Souvenir de Florence - Boni). That recording was (and in many respects, still is) revelatory as an audio experience: the sheer clarity and vibrancy of the sound for once accompanied that of the playing it captured. So it is here as well, albeit far more adventurously presented for those with a multi-channel setup. In the opening Souvenir de Florence, the solitary double bass is straight ahead, with cellos and first violins to the listeners right and left, respectively; the violas are behind the listener slightly to the right and the second violins fill the gap between the violas and the first violins. The solo sextet is in a smaller circle within the outer circle.

Compared with their Dutch counterparts, the numbers of the TrondheimSolistene are slightly smaller which, allied to agile playing makes for joyously translucent textures although there are one or two moments when the double bass has a solo when a slightly richer texture may have been preferable. Irrespective of that particular choice, the second movement is as eloquent as one could wish for and, most importantly when played by a string orchestra, the handover of textures to & from from the orchestra to the original sextet is musically seamless. The faster movements have all the virtuosity that one could wish for and throughout a pleasing sense of rubato that emphasises phrases rather than disrupts their organic development.

After an appropriate amount of time to gather one's thoughts, the TrondheimSolistene launch passionately into Nielsen's Ved en Ung Kunsters Baare (At the Bier of a Young Artist). The rapt sense of repose in the central pages is starkly contrasted with the opening material when they are juxtaposed. Here the layout of the players is in a single circle, with the violins diagonally opposite one another (1st violins: front left, 2nd violins: rear right), the violas taking rear left and cellos front right (with the double bass breaking the circle, just behind them).

The Suite by Nielsen follows with yet another change of positions: the double bass returns to front-centre, with antiphonal violins either side (1st violins, left), the violas rear left and cellos rear right. There are some beautiful solos in the opening probing Prelude, some delightful interplay between the sections in the Intermezzo; after a passionate introduction, the Finale is dazzling in its high spirited start. That the music seems to recall compositions of other masters is perhaps not surprising given that this was the first work that acquired an opus number for Nielsen; it is still far from derivative if not quite as radical as his later works became. The TrondheimSolistene play with a disarming charm that is engaging and rewards repeated listening, in common with the rest of this disc.

To bring the disc to a close, Tchaikovsky's Serenade for Strings is given as winning a reading as the opening Souvenir de Florence. Throughout there is a grace and ease to the playing, rubato and phrasing from the TrondheimSolistene that make this playing so rewarding. Although one could single out the sheer eloquence of the Elegie or the impassioned outer movements in their hands, the way the TrondheimSolistene play the Walzer provides a sense of blissful joy to warm the heart of even the most jaded listener. The surefooted yet magical way the coda is handled would be very impressive with a conductor and, of course, here there is none! Here, the layout is the complicated of the disc with the "under the shoulder" strings intermingling either side of the listener, two cellos & the double bass straight ahead and a solitary cello behind.

The sound from 2L is well up to their high standards and, providing one is not against the idea of 2L's more experimental take on seating the musicians, then the timbres are remarkably lifelike. One can almost imagine being able to reach and touch the musicians and one can almost hear the rosin scrunch into the strings when the passion of the music increases.

A wonderful release in every possible respect. 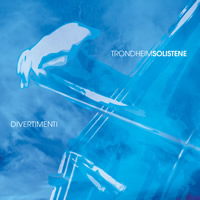 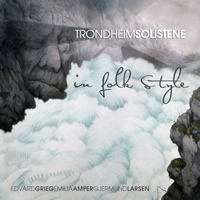 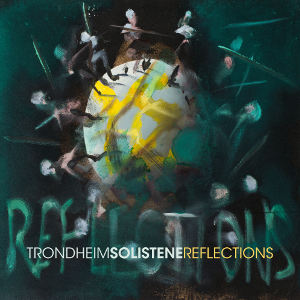