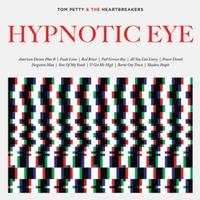 Tom Petty, along with Neil Young and Steven Wilson, represent just a few artists that currently release new rock n' roll music in high quality audio formats. Therefore, it was just a pleasure to listen to the new release of "Hypnotic Eye" by Tom Petty & the Heartbreakers on Blu-ray. And when I say pleasure, I am referring to great new songs supported by high quality audio.

This review is for the multi-channel only using the format HD MA 5.1 24Bit 48k.

I listened to this release at least 4 times before confirming this is one great Rock n' Roll album. Petty and his Band have gone back to their roots and garage rock of the mid-1960's as this record is reminiscent of the first two releases "Tom Petty & the Heartbreakers" (1976) and "You're Gonna Get It" (1978). But if you think these songs on Hypnotic Eye are based in nostalgia, think again: these songs are of the here and now. The music is immediate and loaded with loud, crunchy guitars. This release simply ranks in the top echelon of Tom Petty recordings.

The album leads off with a great track in "American Dream Plan B" and continues unabated with remarkable tunes right throughout the album and including the bonus track "Playing Dumb"; there is no mediocrity attached to any song. "Burnt Out Town" is a good illustration of the Heartbreakers as band members who play effortlessly off each other showing their individual talents that merge into this cohesive unit. And not to forget Tom Petty who adds a strong vocal performance to a great band playing at the top of their game.

The 5.1 audio mix is superb. It was mixed and mastered by Ryan Ulyate and his marvelous work notates special merit. Mr. Ulyate also co-produced the album with Tom Petty and Mike Campbell; and it is my opinion, an artistic decision was made to focus the sound in the front channels and utilize the rear channels discreetly but conservatively. In effect, it is the 'garage' sound of a small rock and roll combo playing right in front of you as the music surrounds. As spread across the three front channels, Petty's vocals are, with concentration in the centre channel, pushed up slightly in the mix and crystal clear. The instruments from the front channels have clarity, detail and excellent separation. The rear channels are well balanced with placement of instrumentation that seems to gently push the listener toward the centre of the surround field for a nice "full" sound. There is a very warm tonal quality to the mix making for a pleasurable immersed feeling.

The song "Red River" is an excellent example of the multi-channel mixing approach. Tom Petty's vocals are wide-sounding but front-and-centre. The bottom end is frontcentric and held up with a fat yet solid bass (Ron Blair) and syncopated backbeat on drums (Steve Ferrone). The drumming is audible in the rear channels as some organ from Benmont Tench moves to the rear in support of Scott Thurston's rhythm guitar as it strums prominently until mid-song when Thurston plays a soft tone guitar solo that stretches to all 4-corner channels before giving way to Mike Campbell's lead guitar as he tears off a crackling and loud solo positioned in the centre channel. The spacial qualities are exemplary.

The result is a great set of songs and a wonderful record from Tom Petty & the Heartbreakers that is supported by highly impressive sonics. Overall, from my perspective, a personal utopian experience of music and audio. "Hypnotic Eye" deserves the very highest Recommendation. 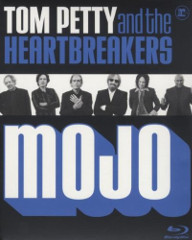 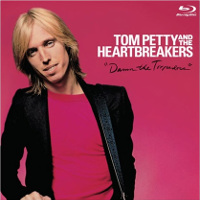 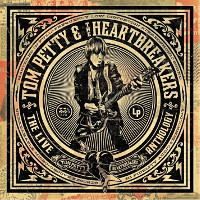